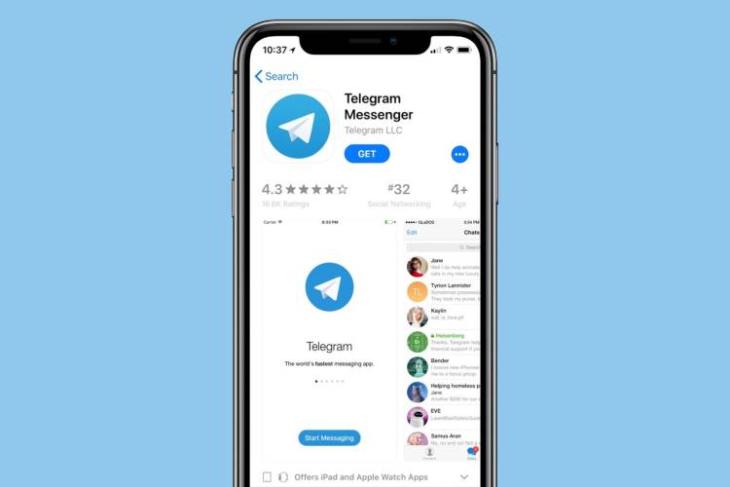 For reasons unknown, Apple has apparently been blocking Russia-based messaging service, Telegram, from updating its iOS app since mid-April. That’s according to a post on the FAQ section of the Telegram website, which deals with the GDPR implementation in Europe.

The company says that version 4.8.9 of the Telegram app on Android is GDPR-ready, but seems to be still unsure as to how it can implement the new regulations on iOS, given that Apple is not allowing the update on the App Store. The iOS version of the app was last updated on March 24, and is currently languishing at version 4.8.1

While neither Apple nor Telegram seems to be speaking to the press on the issue, the former seems to be under a lot of pressure from the Russian government to block Telegram in the country. In February, Telegram was briefly pulled from the App Store in response to reports of child pornography on its channels and groups.

After asking Google, Apple and APK Mirror to block Russian users from accessing Telegram on their respective platforms last month, the country’s communications regulator, Roskomnadzor, this week reached out to Apple once again, asking the American tech giant’s help in blocking the app.

The crackdown on Telegram comes in the wake of an order from Moscow’s Tagansky court, which last month instructed Roskomnadzor to place an ‘immediate ban’ on the messaging app for allegedly failing to comply with an earlier court order and hand over its encryption keys to the country’s domestic intelligence agency, FSB.

In the absence of any media correspondence from either Apple or Telegram, it isn’t immediately known whether the developments in Russia have got anything to do with Telegram being stopped from updating its iOS app, but it won’t be a massive surprise if that was, indeed, the case. However, what’s surprising is that developer isn’t being allowed to update its app ‘globally’, and not just in Russia.

It will be interesting to see how the whole thing pans out going forward, but given that the app is used by hundreds of millions of people around the world, one would hope that the quicker they can work out a solution, the better it would be for everybody.