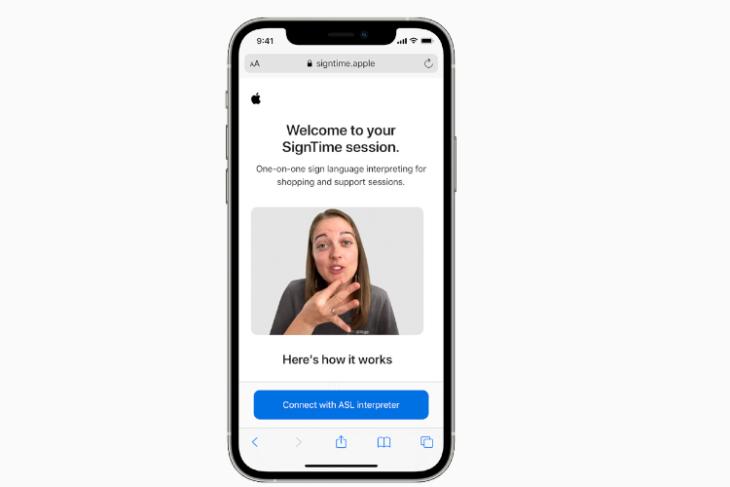 Apple has announced a slew of new accessibility features coming to iOS, watchOS, and iPadOS later this year. These features are designed for users with mobility, vision, hearing, and cognitive disabilities.

Launching today, the first service is called SignTime and it lets customers communicate with AppleCare and Retail Customer Care. Customers can use American Sign Language (ASL) in the US, British Sign Language (BSL) in the UK, and French Sign Language (LSF) in France to get their queries addressed by Apple Care executives.

Apple is adding AssistiveTouch on WatchOS to help users with upper body limb differences. The feature can detect subtle differences in muscle movement and lets users navigate a cursor on the display through hand gestures such as clench or pinch. This way, users can easily answer incoming calls, control an onscreen pointer, and more right on the Apple Watch.

This is one of the best accessibility features I’ve ever seen on a wearable. If you want to use such features, check out this guide on how to use accessibility shortcut on the Apple Watch.

iPadOS will let users control their iPad using their eyes, thanks to support for third-party eye-tracking devices. This way, compatible MFi devices will now track the person’s eye movements and move the pointer accordingly. Meanwhile, extended eye contact will result in actions such as a tap.

Apple is refreshing its screen reader VoiceOver with enhanced capabilities. This includes more details about people, text, table data, and other objects within images. Users can navigate images by row and column like a table and the feature will even describe a person’s position with respect to other objects within the image.