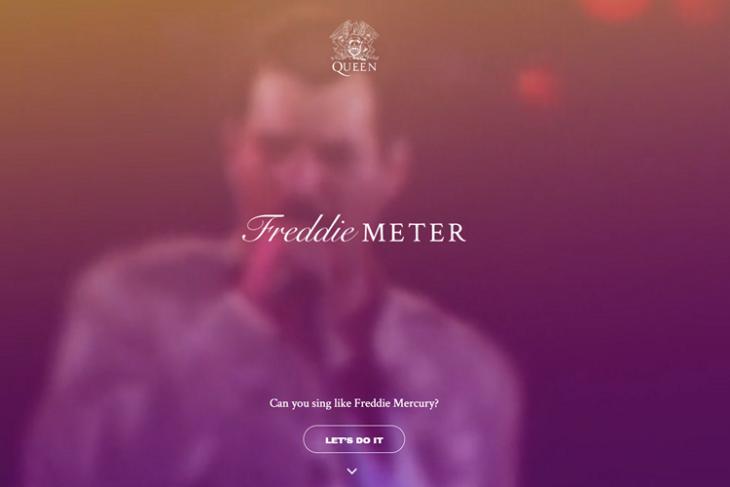 If you’re into the rock genre, there is no doubt that you have come across the band Queen and its iconic songs. Google has teamed up with the band to build an AI-powered web app called FreddieMeter that tells you how close you sound to the band’s lead singer Freddie Mercury.

FreddieMeter is accessible on Android, iOS, and PC. The website will show you four Queen songs to sing along – Don’t Stop Me Now, We Are the Champions, Bohemian Rhapsody, Somebody to Love to be specific.

Once you choose one of the songs on the list, the website takes you to a page that shows you time-synced lyrics to sing along in case you don’t remember the lyrics of the song. After a few lines, the website displays a “View Score” button. Click or tap on that to know how close you sing like Freddie Mercury.

You can allow access to the camera if you would like to take out a video clip of your performance to share with your loved ones. A scorecard also gets generated that can be downloaded in image format with YouTube Music’s logo on it.

In case you’re wondering, the web app analyzes the pitch, melody, and timbre to come up with the score. FreddieMeter runs on your device and hence, no audio is being transmitted to Google’s servers to calculate the scores.

Google says these models were developed to create machine learning models capable of easily understanding music. These models could be used to identify songs just by humming it. I won’t be surprised if Google Assistant gets a similar feature that detects songs you just casually sing in the future.

Check out FreddieMeter by visiting here and let us know your score in the comments.