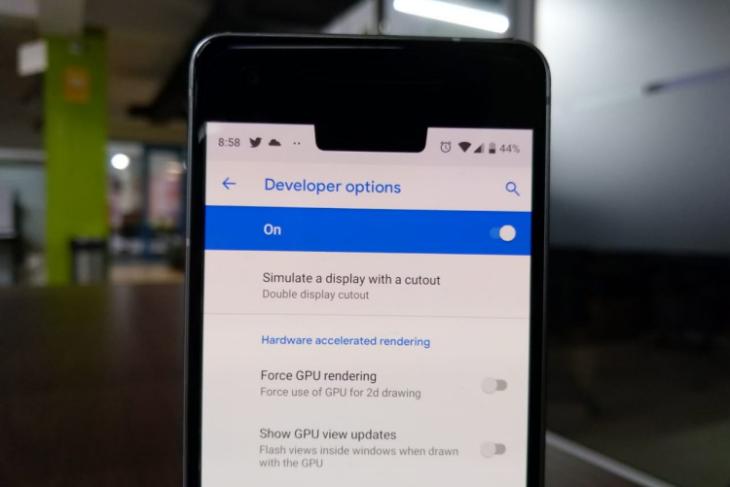 Launched at Google I/O earlier this week, Android P beta has a ton of new features and the next flavor of Android is shaping up to be extremely good – except for maybe the new gesture navigation bar. Of course, we saw it coming thanks to a leak earlier, but one thing we didn’t see coming is extended support for notches.

While we didn’t immediately think of digging up ‘notch simulations’ on Android P, we today found that Google has added two new notch design options, and removed two from the first developer preview. 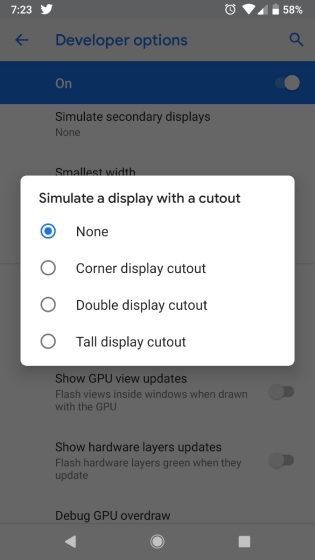 You get the option of choosing between a ‘corner display cutout’ and ‘double display cutout’ under the Developer options, in addition to the ‘tall cutout’ which has survived from the first preview.

The corner cutout could relate to leaked renders of the next Xiaomi Mi Mix flagship, while the latter looks is exactly like ZTE’s double-notch phone that the company is currently working on. 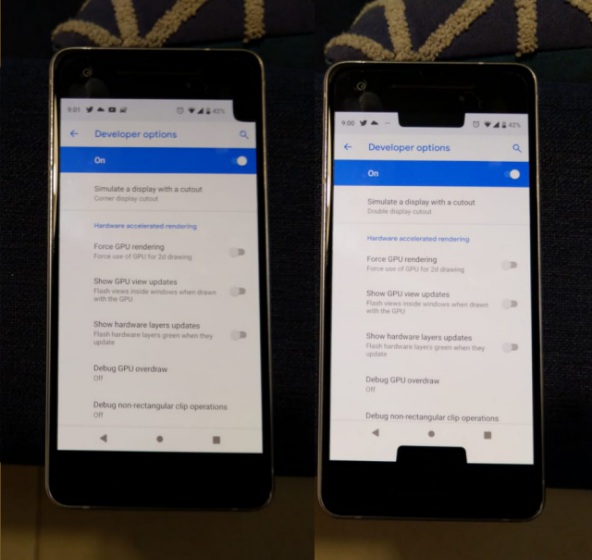 I’m completely in favor of the corner notch, which looks like the Essential notch moved to one side. It also doesn’t look quite as distracting as the double notch, which is just absurd when you see it overlaid on real UI. The white space around the bottom notch is something we wish we had not seen.

Of course, ‘notch simulation’ is essentially a way for developers to test apps around notches to see whether and look and render properly. It gives developer a sense of wht UI changes might be needed. Of course, the mere presence of such notch designs in the beta is no indication that real hardware is coming to match up to these notches.