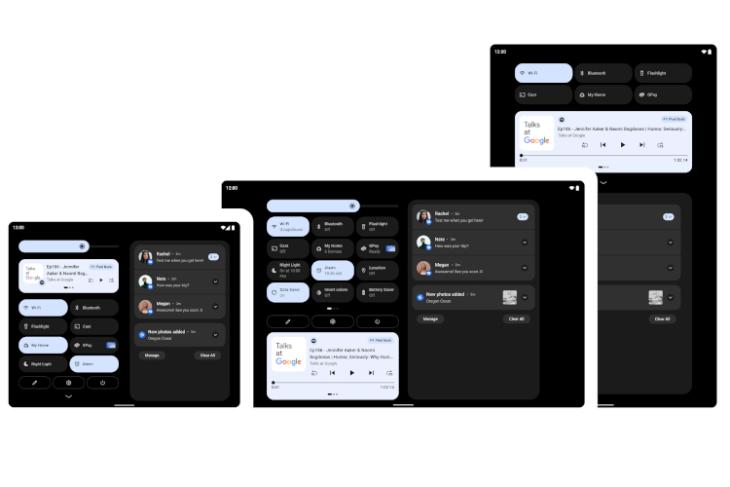 Android 12L brings a visual overhaul on large screen devices across key UI elements including notifications, quick settings, lockscreen, and home screen. According to Google, screens above 600dp now use a two-column layout in the notification shade, lockscreen, and other system surfaces to better utilize the overall screen area.

Google has added a new taskbar on Android 12L to improve the multitasking experience on large screens. You can also choose to drag and drop from the taskbar to quickly access split-screen mode. It’s worth noting that Android 12L will let you enter split-screen mode on all apps even if they are not natively resizable.

Other than these key changes, the update improves compatibility mode with visual and stability improvements. This should improve the letterboxing experience for users. In addition, device makers will have the option to customize letterboxing with options to use custom letterbox colors, adjust the position of the inset window, apply custom rounded corners, and more.

Ahead of the stable release in the form of a feature drop early next year, Android 12L will be available as a developer preview for Lenovo P12 Pro. Google will open Beta enrollments for Pixel devices later in the preview. If you are a developer, you can try out the Android 12L developer preview system image from Android Studio Canary Chipmunk right now. We are currently working on a step-by-step guide to help you with the installation process, so stay tuned for more information.

How to Use Android 12L on Your Windows PC, Mac, and Chromebook