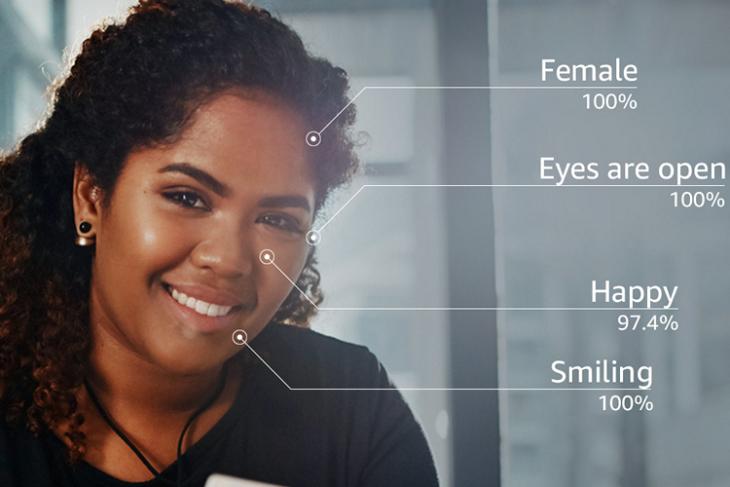 Tech giant Amazon has released an update for its face recognition system dubbed ‘Rekognition’. With the new update, Amazon aims to improve the existing face analysis capabilities and has added the ability to detect “fear”. The update also reflects improvements in age range estimation.

“We have further improved the accuracy of gender identification. In addition, we have improved accuracy for emotion detection (for all 7 emotions: ‘Happy’, ‘Sad’, ‘Angry’, ‘Surprised’, ‘Disgusted’, ‘Calm’ and ‘Confused’) and added a new emotion: ‘Fear’.“, reads the AWS announcements page.

You might be wondering how a mere cloud service could make things controversial. Well, that is because Amazon has allegedly partnered with the US Immigration and Customs Enforcement (ICE). While the company has not officially confirmed this, the issue has caused some serious dilemma in regards to privacy among people.

Implementing a highly experimental piece of technology intended for developers could cause serious after-effects in the real world. For instance, using this on crime scene investigations could effectively frame innocent people if the algorithms fail to provide accurate results. Moreover, you would not prefer getting monitored by the government for every step you take on the road, will you?

“People should be free to walk down the street without being watched by the government. By automating mass surveillance, facial recognition systems like Rekognition threaten this freedom, posing a particular threat to communities already unjustly targeted in the current political climate.”, said the American Civil Liberties Union.

This is exactly why people are concerned that this piece of technology must not fall into the hands of the government. While face recognition and analysis technology have a lot of positive potential use-cases, utilizing it for the needs of government is highly undesirable. So, what do you think of the applications of Amazon Rekognition? Share your views in the comments.