Skip to content
Home News You Can Now Book Movie Tickets on Amazon, But There’s a Catch 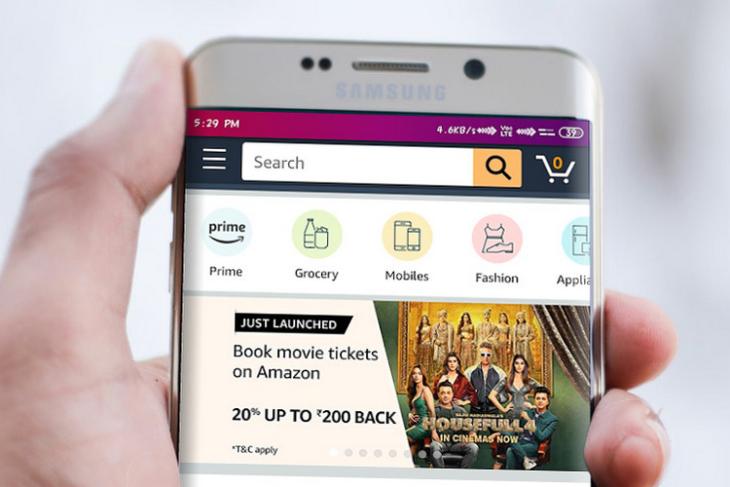 Amazon over the weekend announced a partnership with online ticketing platform, BookMyShow, to enable its customers in India to book movie tickets on its app and mobile website. As part of the deal, users will now be able to log into their Amazon account and book their tickets from the new ‘Movie Tickets’ category that will be listed under both the ‘Amazon Pay’ and ‘Shop by Category’ tabs.

In a curious turn of events, NDTV is reporting that the option will currently only be available on the company’s apps and mobile site, but not on the full-fledged website meant for desktops. That assertion seemed to hold true when we checked out the feature ourselves. While it was advertised prominently on the mobile site (see below), it was nowhere to be found on the full-fledged desktop site. 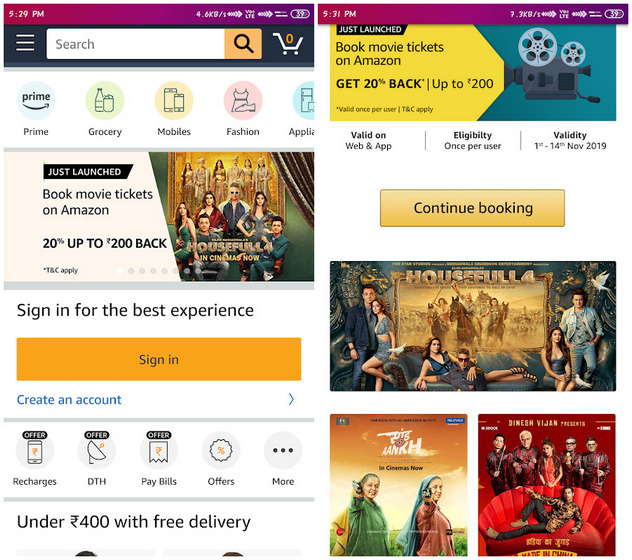 According to the Amazon listing, buyers will also be entitled to get cashback worth up to Rs. 200. The offer went live on November 1st, and will be available thru November 14th. Even though the listing clearly said that the cashback offer is ‘valid on the web and app’, it is seemingly only available on the mobile version of the company’s website and not on the desktop site. It is, however, also available on the company’s Android and iOS apps, as advertised.

Another thing worth noting here is that the arrangement will enable users to buy only movie tickets from Amazon via BookMyShow. Which means they will not be able to buy tickets for cricket matches, concerts and other events from Amazon, but with some luck, those features might be added later if this little experiment becomes successful.