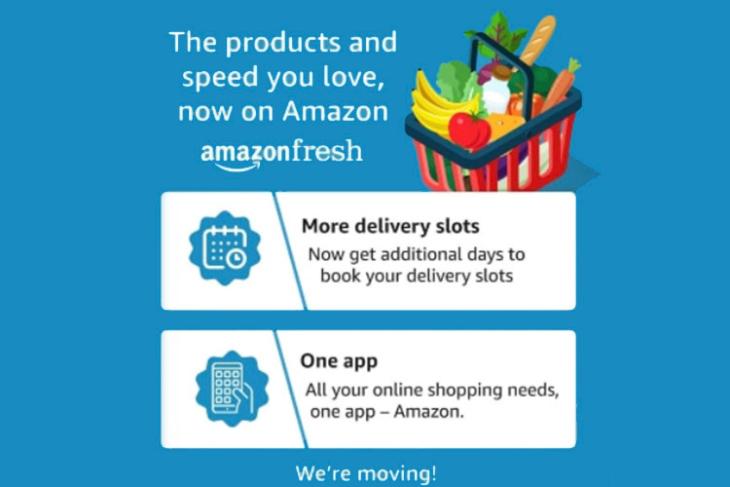 Amazon India is reportedly planning on shutting down its 2-hour delivery app Amazon Now. This comes from Gadgets360, which spotted a banner on the Amazon Now app stating that the service will be moving to the main Amazon app instead.

The banner, which has since been removed, makes it clear that the company will be offering Prime Now services in India under the ‘Amazon Fresh’ banner instead, so users will still be able to order their groceries and electronics for fast 2-hour delivery, albeit from the main Amazon app.

Meanwhile, the Amazon Fresh service, which is what the Prime Now service will apparently now be a part of, has also been expanded to six cities.

Amazon itself hasn’t released a statement about the change, and declined to comment when Gadgets360 asked them for one, but the app’s rather underwhelming performance could be the reason behind Amazon’s decision to nix it from the app stores. It was also reported last year that the company might shut down the Prime Now app — something Amazon quickly denied. However, judging by the new banner and the company’s weirdly quiet stance on these new reports, it seems Amazon has finally decided to kill the Prime Now app.

While we won’t know the reason behind this change until Amazon releases a statement, personally, I think it’s a good idea to bring the Prime Now experience into the main Amazon India app. Offering a unified shopping experience is bound to attract more people into shopping from Amazon as compared to expecting users to download a bunch of apps from the same company for slightly different services.

We have reached out to Amazon India regarding the change and will update this article if the company responds.