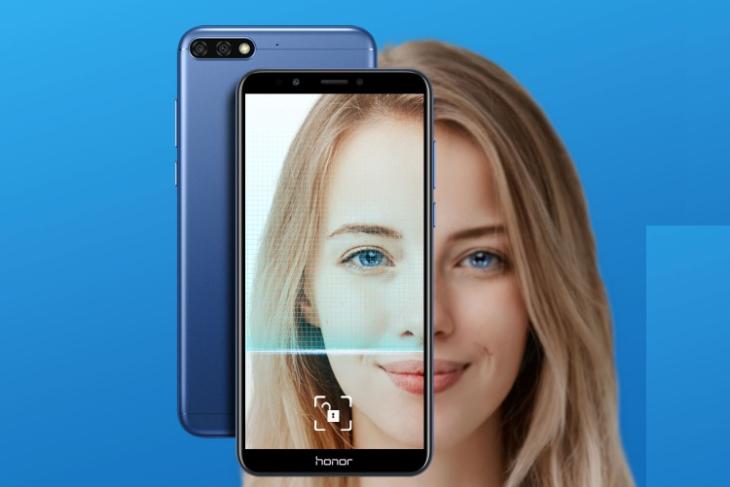 If you’ve not been keeping up with the device launches lately, here’s a quick refresher of the Honor 7C’s raw specifications:

The Honor 7C was first launched in China back in March this year. The device rocks a 5.99-inch HD+ display with an 18:9 aspect ratio. It’s powered by a Qualcomm Snapdragon 450 SoC coupled with 3/4GB RAM.

The Honor 7C packs in the same dual camera setup as the Honor 7A, with a 13MP primary sensor and a 2MP secondary sensor. Up front, the device has an 8MP f/2.0 sensor with a soft selfie light. The Honor 7C also features a microSD card slot which supports cards up to 256GB in capacity. The device is powered by a decent 3,000mAh battery.

Software wise, the Honor 7C runs EMUI 8.0 based on Android 8.0 Oreo and has a few special features, including Huawei Hisen’s 3D sound effects. The Honor 7C also comes with a Ride Mode, which works just like Samsung’s bike mode and Honor has also included a Party Mode which lets users connect several phones to a single output speaker.

The Honor 7C will be available in two RAM/storage variants in the country, with the 3GB/32GB variant priced at Rs. 9,999 and the 4GB/64GB variant priced at Rs. 11,999. The devices will be available in three color variants – black, gold, and blue – and Huawei has announced a bunch of launch offers for early bird customers. Amazon only mentions the 3GB RAM in its listing, though both are likely to be on sale.

People purchasing the Honor 7C during the first sale will get the option to buy it on a no cost EMI. Reliance Jio subscribers purchasing the devices will get Rs. 2,200 as cashback and 100GB of additional 4G data.

Honor 7C Hands On: Decent Build and Dual Cameras, But Longing For Something More