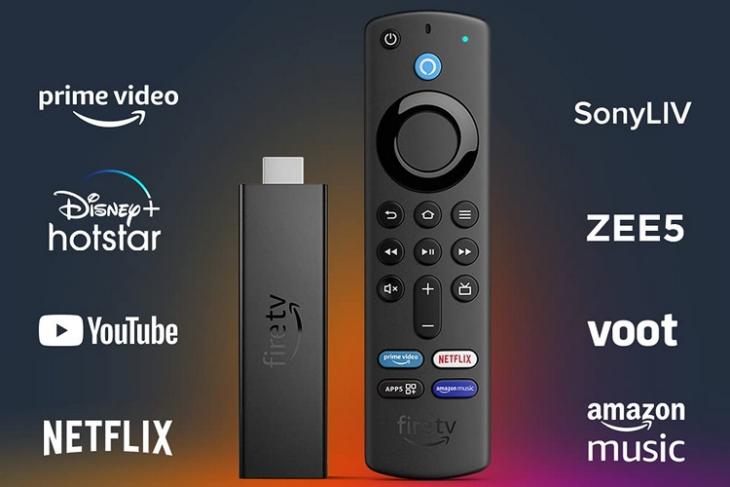 According to Amazon, the Fire TV Stick 4K Max is 40% more powerful than Fire TV Stick 4K. This jump in performance is due to the new quad-core 1.8GHz MT8696 processor paired with 2GB of RAM and 8GB of internal storage. For connectivity and ports, you get Wi-Fi 6, Bluetooth 5.0, HDMI ARC output port, and micro USB for power.

The Fire TV Stick 4K Max supports popular standards, including Dolby Vision, HDR 10, HDR10+, and Dolby Atmos. Moreover, you can use the bundled remote to use Alexa and control your TV’s power and volume. Amazon says you can check the live camera feed without pausing your show with Picture-in-Picture (PiP) view on compatible smart home devices. Notably, this feature was exclusive to the Fire TV Cube so far.

As you would expect, you can use the Fire TV Stick 4K Max to watch content from popular streaming services in India, including Netflix, Prime Video, Disney+ Hotstar, and others. You also get live TV channels with SonyLIV, Voot, Discovery+, and others through a separate subscription.

Fire TV Stick 4K Max costs Rs. 6,499 in India. It is currently up for pre-orders via Amazon India and will start shipping on October 7.