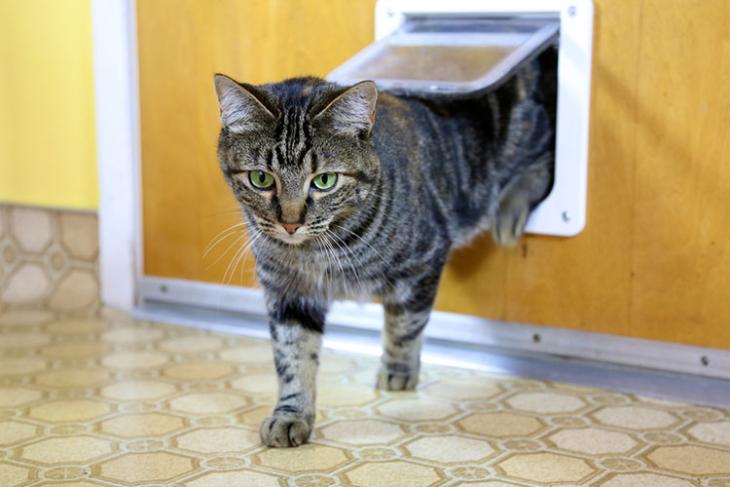 If you sometimes find yourself wondering what good could AI possibly do in our daily lives, this might be something that will help – an Amazon engineer created a cat flap powered by AI and Machine Learning to stop his cat from bringing home dead animals in the middle of the night and waking him up.

Ben Hamm, the engineer, was annoyed by his ‘sweet, murderous cat’ bringing dead, and sometimes half-dead animals into his house. What Hamm did next, is pretty amazing.

He hooked up the cat flap in his door with an AI enabled camera, and a lock powered by an Arduino. He loaded up the camera with computer vision algorithms and trained them with images of his cat approaching the cat flap with and without a prey in its mouth.

Whenever the camera would detect that the cat had a prey in its mouth, it would lock the cat flap, and send Hamm a text; so he could get up and ensure the dead animal didn’t wind up in his house. A nice touch to the entire system was that anytime the system locked up because the cat had a prey in its mouth, the system would also send a donation to the National Audobon Society – a society that protects the birds that cats love to kill.

This is clearly a wonderful use-case of AI helping with regular everyday problems.