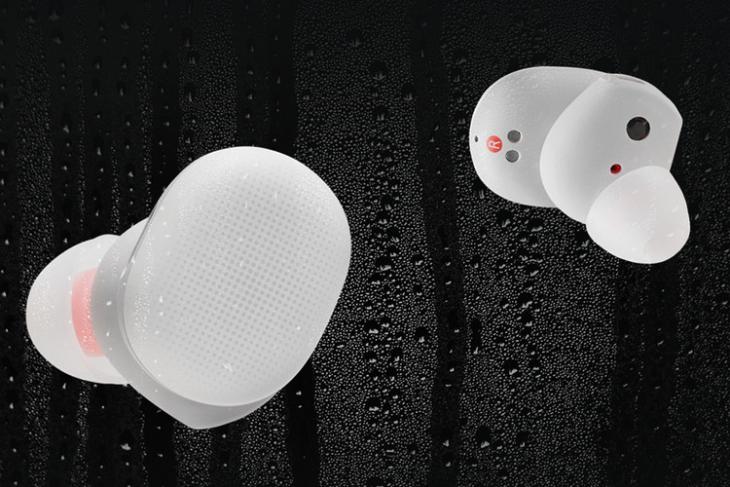 As part of its plans to expand its product portfolio in India, Huami is all set to launch its first TWS earbuds in the country. Called Amazfit PowerBuds, the device was originally unveiled at CES 2020 in Las Vegas back in January. It will be available on Amazon starting August 6th as part of the e-tailer’s Prime Day sales event.

The Amazfit PowerBuds come with a built-in PPG sensor that enables it to monitor your heart rate in real time. They also support Siri and Google Assistant out-of-the-box. The buds are equipped with an advanced composite diaphragm that offer high-fidelity audio. They also support touch controls for playback, answering calls or summoning voice assistants.

Another notable feature is Electronic Noise Cancellation (ENC) via the dual-microphone noise reduction technology that filters out ambient noise. The buds also come with an IP55 rating, denoting dust- and water resistance. The Amazfit PowerBuds carry a 55mAh battery that Huami says offers up to 8 hours of playback on a single charge. There’s also a 450mAh battery on the magnetic charging box that’s said to offer 24 hours of usage. Finally, the earbuds have magnetic ear hooks that stop them from falling out during workouts.

Meanwhile, Huami also announced the Amazfit ZenBuds and the Amazfit T-Rex smartwatch at CES 2020 alongside the PowerBuds. While the latter has already been launched in India, there’s no word on when (or if) the ZenBuds will make their way to the country.

Huami has announced that the price for the Amazfit PowerBuds TWS will be ₹6,999.

As mentioned earlier, the earphones will go on sale during Amazon’s Prime Day sale starting from August 6th.