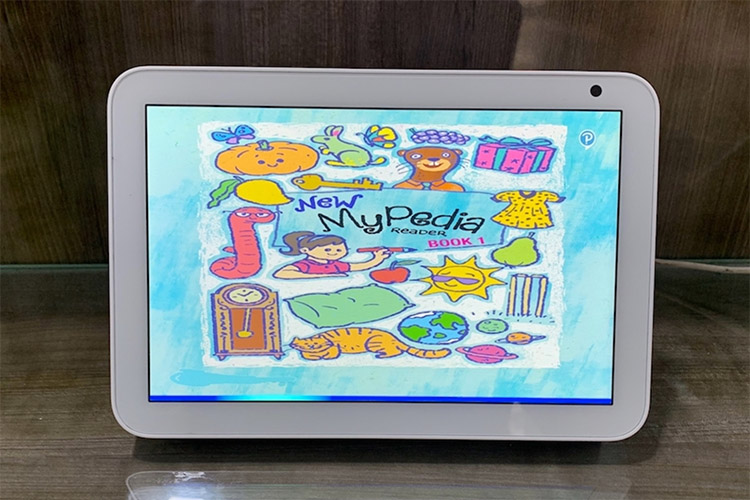 British education publisher, Pearson, has announced a new Alexa skill that it says will help students of all age groups learn English faster. Called ‘MyPedia‘, the new interactive skill is said to enhance English vocabulary, listening, comprehension and storytelling abilities of all learners through a collection of engaging stories coupled with fun facts, trivia, quizzes and rewards.

In an official press release on Tuesday, Peason said that the MyPedia skill is designed to enhance children’s interest in the English language, and the stories in the skill can inspire them to be authors when they grow up. “The skill’s simple voice interface can enable students to learn in an interactive manner, at their own pace … It provides a holistic approach for students to build their language skills from home, for greater goals outside academic achievements.”, said the company.

The new skill is already available on Alexa, and to get started, users will have to say “Alexa, open MyPedia” or simply, “Alexa, I want to learn English”. It can be accessed via all Amazon Echo smart speakers, Echo Show smart displays and the Alexa app for smartphones.

Pearson is also launching a series of storybooks titled ‘MyPedia Reader’ that the company says will allow children to be more imaginative while writing stories in English. The stories in MyPedia Reader are narrated from students’ perspective and curated by celebrated authors and educationists. It will prompt the students to think critically and write creatively, claims the company. The storybooks are also available on Amazon Kindle starting at Rs. 64.