Skip to content
Home News Airtel, Vodafone and Jio Hike Tariffs by up to 40%; Here Are All the Details 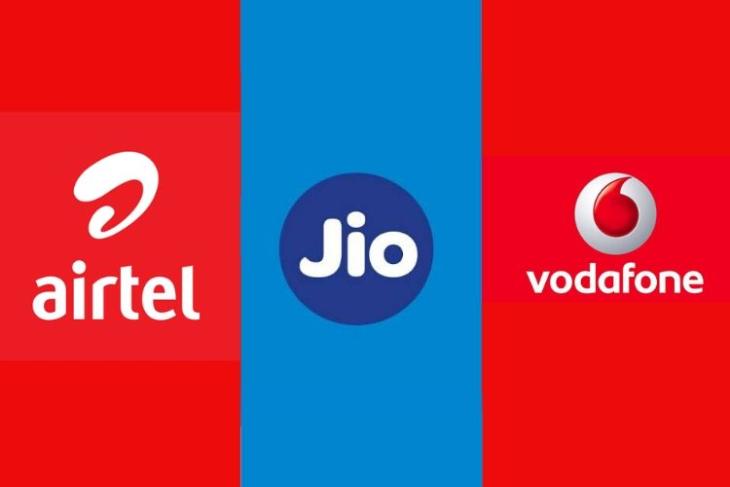 In a move that spells the demise of ultra-low pricing that prevailed in the Indian telecom sector over the past couple of years, Airtel, Vodafone Idea and Reliance Jio have all announced plans to increase tariffs this week onwards. While Airtel and Vodafone Idea have already announced new plans that will come into effect from December 3, Jio is yet to reveal the exact details. Jio will increase the prices of its All-in-One (AIO) prepaid vouchers by up to 40 percent from December 6.

Airtel’s tariff hike will come into effect from Tuesday, December 3rd. Post the revisions, the current Rs. 129 pack for 28 days with unlimited calling, 300 SMS, and 2GB of data will cost Rs. 148. Similarly, the plans worth Rs. 169 and Rs. 199 for 28 days have been merged and a new pack of Rs. 248 has been created which would offer the same benefits as the former two, with unlimited calling alongside 100 SMS and 1.5GB of data per day.

According to the company, the 28-day validity plan with unlimited calls, 100 daily SMS and 2GB data per day will now start at Rs. 298 instead of Rs. 249, while the Rs. 448 and Rs. 499 plans with 82 day validity will now cost Rs. 598 and Rs. 698 respectively, but with 84-day validity periods. Also, the price of Rs. 35 validity recharges will now be raised to Rs. 49, the company said. You can check out the complete details for the new recharge plans in the chart attached below:

You can check out the complete list of new recharge plans attached below, but here’s a quick overview of the long-term validity plans: 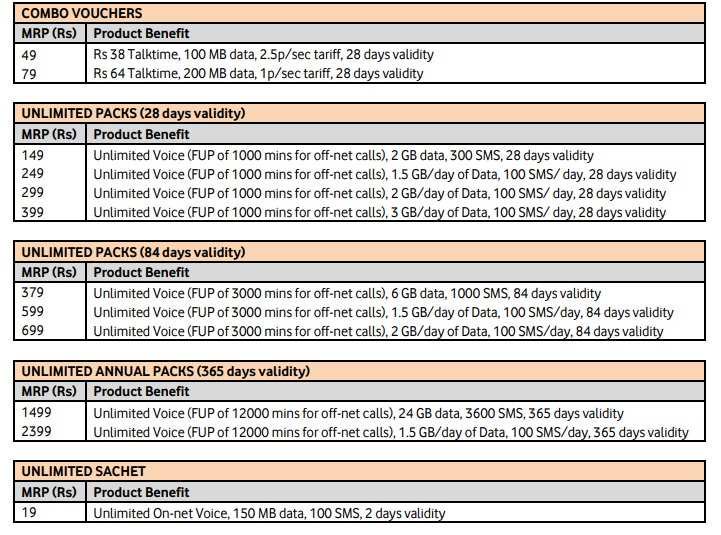 Finally, Reliance Jio on Sunday also announced plans to increase prices by up to 40 percent but they are said to offer up to ‘300 percent more benefits’ than before. These new plans will be revealed on December 6, 2019 and come into effect the same day.

As is to be expected, the hikes have elicited angry responses from users online, many of whom are blaming the companies of colluding with each other to carry out orchestrated price hikes against consumer interest. It will be interesting to see if there will soon be a formal complaint to the Competition Commission of India in this regard. What are your opinions on the tariff hike across the board? Let us know in the comments below.