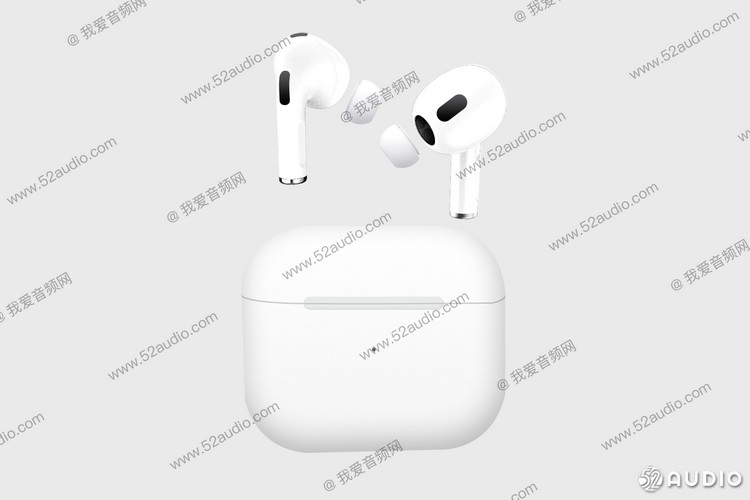 After launching its premium AirPods Max headphones, Apple is reportedly gearing up to launch the 3rd-gen AirPods soon. We have seen reports claiming that the Cupertino giant will launch the AirPods 3 in 2021. Today, a couple of leaked images show off the upcoming pair of TWS earbuds in all its glory.

The report comes from Chinese publication 52Audio. It states that although Apple has been a market leader in the TWS headphones category, its share has been declining year-over-year with the entry of new players in the sector. So, to retain its market share and capitalize on the AirPods line, Apple will be allegedly launching the AirPods 3 with an AirPods Pro-like design and support for Active Noice Cancelation (ANC). 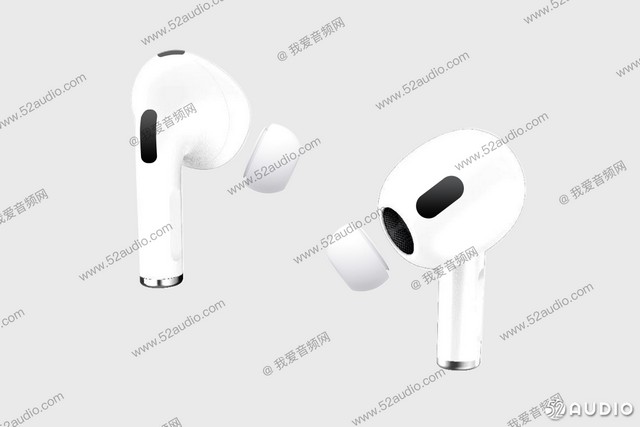 Now, as you can see in the image above, the earbuds of the model look pretty similar to the AirPods Pro earbuds. They will, however, have shorter stems and replaceable ear tips. Moreover, the report states that the next-gen AirPod might support ANC, which will be a huge plus point for the device.

In that case, however, Apple might need to include some extra features in the next-gen AirPods Pro model(s) to explain the “Pro” tag and the higher price point.

Coming to the charging case of the upcoming AirPods, as per the images, it is similar to the AirPods Pro case but not quite. It has a similar design but the former is a bit compact than the latter.

Now, although we have the alleged images of AirPods 3, there is no information on the launch date of the device. However, Apple analyst Ming-Chi Kuo previously reported that Apple might launch the AirPods 3 with an AirPods Pro-like design in the first half of 2021 and this just might be it. As per the report, the company is looking to launch the new AirPods sometime in the coming weeks.

Connect AirPods Pro to Your Chromebook in 6 Simple Steps