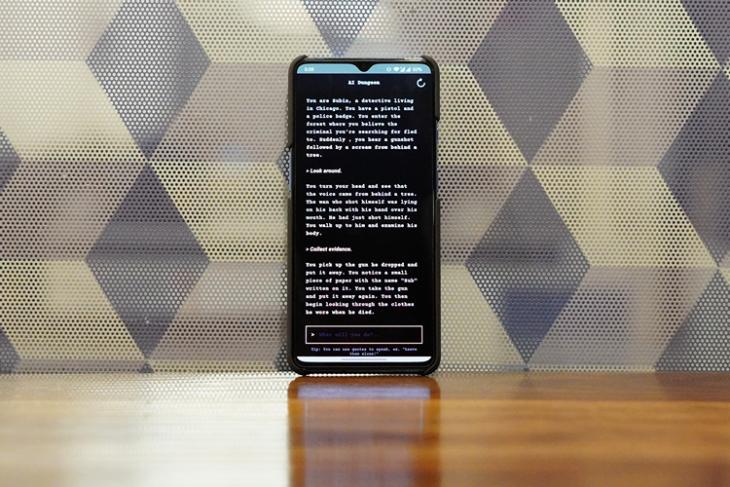 If you’re bored with all the casual games on Android and iOS, here is a new game that would make you think and make logical decisions. We’re talking about AI Dungeon, an AI-based text adventure game that twists the storyline as per your inputs.

To put that in perspective, consider this game to be a super-advanced version of Netflix’s Black Mirror: Bandersnatch TV show. The exception is that the possibilities are enormous in the game, unlike the show. Behind the scenes, the game makes use of OpenAI’s text generation system to do its magic.

Getting started with the game is quite simple. You can create an account with your email address or sign up with Facebook. Once you’re logged in, you will be asked to choose one of these genres – fantasy, mystery, apocalyptic, and zombies. There is a “custom” genre where you will have to explain the genre in case you would like to experiment with something different.

With a few further inputs, the app will churn out a fresh story for you and you will now decide the flow of the story. I tried the game on Android. The game feels engaging but there is a minor delay to get responses.

At times, the responses might seem irrelevant and out of context but for the most part, it manages to revolve around the topic. The game recommends you to begin each sentence with a verb for better accuracy.

Check out the game for Android and iOS from the links given below and let us know your thoughts on it in the comments.