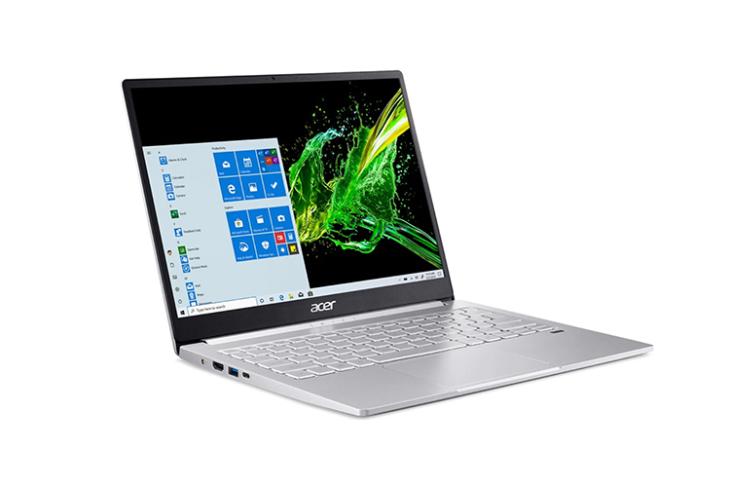 Acer has launched the new Swift 3 laptop in India. Part of Intel’s Project Athena, the laptop comes through rigorous testing and is claimed to offer consistent and satisfying PC experience.

The Swift 3 is a lightweight and portable laptop, weighing in at just 1.19kg. However, since it is a Project Athena laptop, the hardware inside is pretty powerful for its size. The Acer Swift 3 comes with a 10th generation Intel Core i5-1035G4 processor. This is paired with 8GB LPDDR4 RAM, and 512GB PCIe Gen3 NVMe SSD for fast storage. There is no dedicated GPU here, but you do get Intel Iris Plus graphics.

In terms of display, the laptop has a 13.3-inch display with a resolution of 2256×1504 pixels. Moreover, Acer claims the screen can get up to 400nits in brightness. Up top, you also get a webcam. It’s a 720p camera though, so video quality might not be the best, but it’s there for any video calls you need to take.

For I/O, the laptop offers a USB 3.1 Type A port, a USB 2.0 Type A port, and a USB Type C port along with an HDMI output. There’s no Thunderbolt 3 here, but USB C should offer plenty of bandwidth for most of your I/O needs. The laptop also comes with Bluetooth 5.0 and WiFi 6 (802.11ax).

The new Acer Swift 3 is priced at ₹64,999 and is available via the official Acer website. The company is also saying that the laptop will be available via leading retail stores and Acer exclusive stores in the near future.