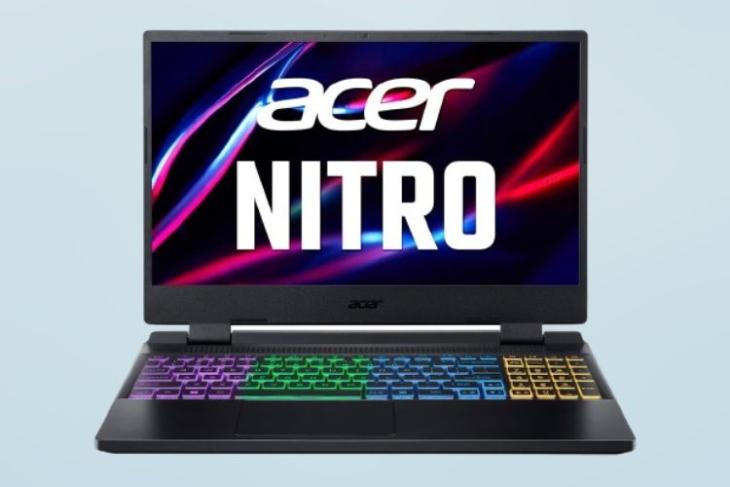 As laptop manufacturers continue to upgrade their models with Intel and Nvidia’s latest hardware, Acer has joined the party and launched an upgraded model of its Nitro 5 gaming laptop with 12th-Gen Intel CPUs and RTX 30-series GPU in India. The new budget-gaming laptop from Acer comes with various upgrades over its predecessor. So, let’s take a look at the Nitro 5 (2022)’s key specs and features.

Moreover, the new Nitro 5 comes with up to 16GB of DDR4 RAM that can be expanded to 32GB of DDR4 3200MHz RAM. For internal storage, the laptop comes with a 512GB PCIe Gen 4 SSD. Additionally, it supports up to 1TB HDD. Furthermore, the laptop comes with a quad-exhaust cooling system backed by two cooling fans that keep the temperatures down during long gaming sessions or creative operations and enables the hardware to work at their full potential.

There is also a 57.5Whr battery inside that charges via a 180W power adapter. Other than these, the Nitro 5 comes with a 4-zone RGB keyboard that can be controlled via the pre-installed NitroSense app, a multi-touch trackpad, and stereo speakers. The laptop weighs up to 2.6kg and comes in a black color option. It runs Windows 11 Home out-of-the-box and has an HD webcam too.

Coming to the I/O ports, you have a USB-A Gen 1, a USB 3.2 Gen 2, a USB-A Gen 2 port with power-off charging support, a Thunderbolt 4 port, an HDMI port, a 3.5 audio combo jack, and an RJ45 Ethernet connector. For wireless connections, the device supports Intel’s Killer Wi-Fi 6 AX 1650i and Bluetooth 5.1 technologies.

The 2022 model of the Acer Nitro 5 has been priced starting at Rs 84,999 in India. You can check out the prices of both the configurations right here:

The new Acer Nitro 5 2022 is currently available to buy via the company’s official online store and Amazon India. As for the offline market, the new Nitro 5 models are available at Acer Exclusive stores, Croma stores, and other retail outlets across the country.