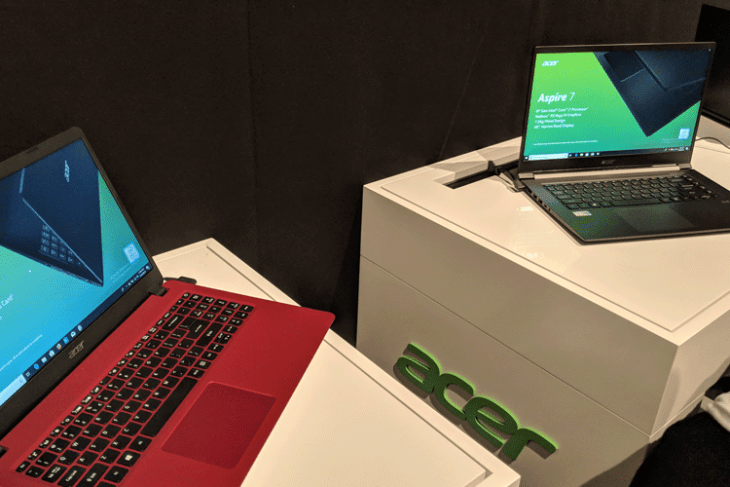 At IFA 2018, Acer made a big splash with several new laptops but the one which rivals would be watching with great attention is the Aspire 7. The Aspire 7 will take on the likes of the Dell XPS 15 and the HP Spectre x360, and it has a lot going for it.

Acer says it worked hard to build down the device i.e reduce its footprint and heft but without sacrificing power. For one, the Aspire 7 is powered by the 8th-Gen Intel Core i7-8705G or i5-8305G processor with Radeon RX Vega M GL Graphics and 4 GB HMB2 Graphics Memory. It has up to 16 GB DDR4 memory, up to 512 GB of PCIe NVMe RAID 0 SSD storage, and a backlit keyboard. 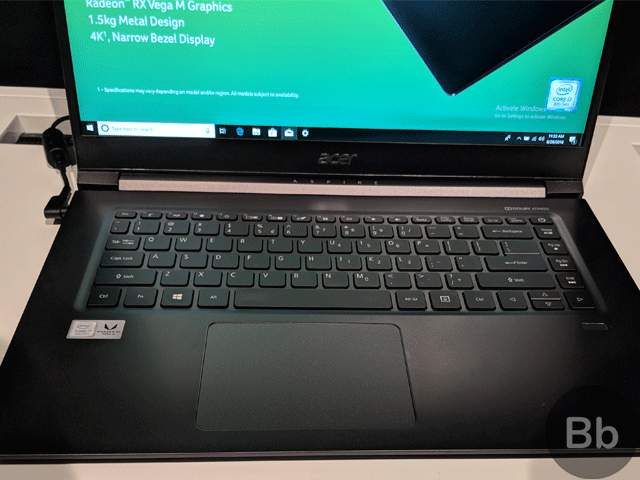 But the specs don’t tell the full story as this is arguably one of the most well-built Acer laptop in years. There’s barely any heft to it despite the large 15.6 inch IPS display with up to 4K (3840×2160) resolution. The hinge and the display feel solid too, which is usually the point where Acer laptops have had a weakness in the past.

Holding the laptop and carrying it around for work will not be an issue. We could easily lift the entire device with just a couple of fingers.  This thing is ridiculously light given the specs, thanks to the magnesium-lithium alloy construction, and it will definitely make work easier for those who need that extra bit of power thanks to the Vega graphics. That also means that the Aspire 7 is not just a work or productivity machine. While we couldn’t run any games on the laptop, the Vega graphics should provide enough oomph for light or casual gaming.

There are plenty of USB Type-A ports too to manage your current peripherals and devices. The one let down is that Aspire 7 does not have a Thunderbolt 3 port, which we hope Acer changes with the next-gen.

We played around with the keyboard briefly and aside from problems adjusting to the layout as is the case with any new laptop, it’s pretty good. The keys have good travel despite the thin chassis and overall the experience was on par with the best ultrabooks out there.

The track pad is large and generous and Acer has addressed one of the biggest peeves of users in recent times, by not dumping a fingerprint scanner on the trackpad. Instead you will find it on the right half of the top deck, under the direction keys. This is a far superior choice as trackpads get wonky when you embed a sensor on to them.

We still have to test many things about this device, especially its heat management, battery life and display picture quality. Demo units are usually cranked up all the way in terms of brightness, but overall I would say the display is definitely vibrant and has punchy colors.

The Aspire 7 will likely hit market later this year – around the holiday season – but Acer has not officially announced any dates or the price for that matter. It will be competitively priced if Acer’s representatives are to be taken on their word, and there’s no reason to doubt that claim given the company’s track record. We will be sure to bring you an update for this exciting new laptop, when the price and availability details are finally announced.

This correspondent’s travel to IFA 2018 has been sponsored by Acer.