Skip to content
Home What is 4K vs UHD: What’s The Difference and How It Affects You?

Gone are the days that 4K was considered a premium feature. With attractive pricing, the demand for 4K displays is growing rapidly. If you’re on the lookout for an HDTV, surely you must have come across the terms “4K” and “UHD”, and must have presumed them to be the same. But did you know that 4K and UHD are different terms, and don’t mean the same? TV makers, broadcasters, tech blogs and almost every other person is using them interchangeably, but the fact is that they never were the same thing, and technically, they still aren’t. From a viewer’s point of view, and more importantly, from a customer’s point of you, you should be aware of the differences. Read on, as we compare two of the biggest terms that are often misinterpreted to be one another, but are quite different.

What Do You Mean By 4K and UHD?

4K comes from the Digital Cinema Initiatives (DCI), a consortium of motion picture studios that standardized a specification for the production and digital projection of 4K content. The content made using 4K is essentially the current standard for digital editing and projection, and it is primarily used for cinematic purposes.

Ultra High Definition, or UHD, is the next-gen version of Full HD, taking the content to the next level while improving the quality. UHD is your consumer standard, used for, you guessed it, consumer purposes such as televisions and HDTVs.

4K is the next-gen version of the previous cinematic standards, that is, 2K. While 2K operated at a resolution of 2048 by 1080, the newer standard 4K is exactly four times the previous standard’s cumulative screen area, boasting a resolution of 4096 x 2160, which comes off with an aspect ratio of 1.9:1 (which has always been the standard ratio for cinematic shooting). 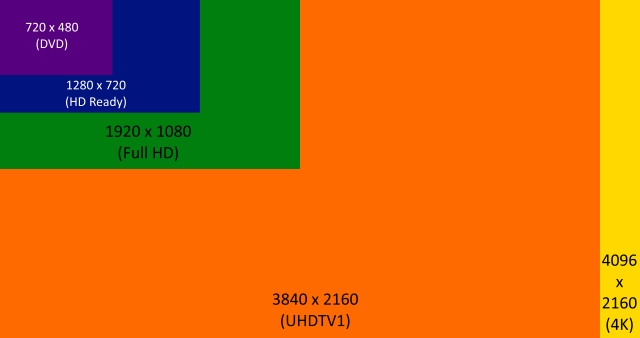 Ultra High Definition or UHD is divided into two parts – UHDTV1 and UHDTV2. The UHDTV1 operates at the resolution of 3840 x 2160, while the UHDTV2, on the other hand, operates at the much higher 7680 x 4320, which is also referred to as QUHD (Quad Ultra High Definition). Since this is a standard for the consumer devices, the aspect ratio of 16:9 is maintained throughout.

As to compare the quality of display of the two resolutions, the UHDTV1 does miss out on those extra 256 pixels as compared to True 4K, thus giving the slight edge to 4K. And as for the UHDTV2, the resolution is much more comparable to 8K, and it quite simply beats 4K out of the park.

So if 4K and UHD are two different terms, why do display manufacturers continue using both the words together. For instance, take this Sony Smart TV, which Sony calls a 4K UHD TV. It is not like the companies out there don’t know the technical differences between the two, but the fact is that UDHTV1’s resolution and overall quality is comparable to that of 4K.

Furthermore, to increase their sales, adding the word UHD does seem to make a bigger impact. That being said, the 4K UHD that these companies refer to is actually the UHDTV1, which is the consumer standard. So while 4K UHD is, in fact, a real term, it does not deliver the full quality of cinematic 4K. 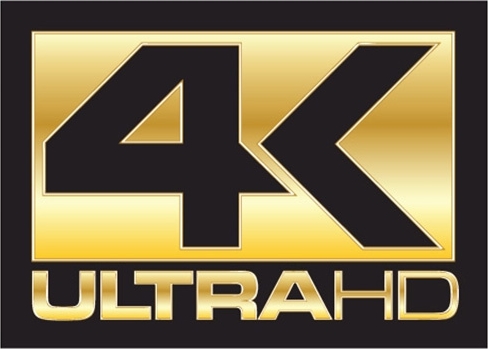 What Do You Have?

At this point of time, you’re probably looking at that 4K monitor or TV you’ve got, and wondering how much truth exactly is there to it. The fact is that almost all the displays that come with the tag of 4K, UHD or 4K UHD or 4K Ultra HD are in fact UHDTV1.

The reason for that is that while 4K is the premier quality of them all, it is used for cinematic purposes only since it is easier to shoot in the 1.9:1 ratio. That being said, consumer devices make use of the 16:9 ratio, for which the UHDTV1 standard stands tall. So, even if you have pure 4K content playing on your UHD display such as the Amazon Prime Video, the extra pixels are either cut-off by the TV’s software, or you get black bars on the top and bottom of the screen to maintain the 16:9 ratio. 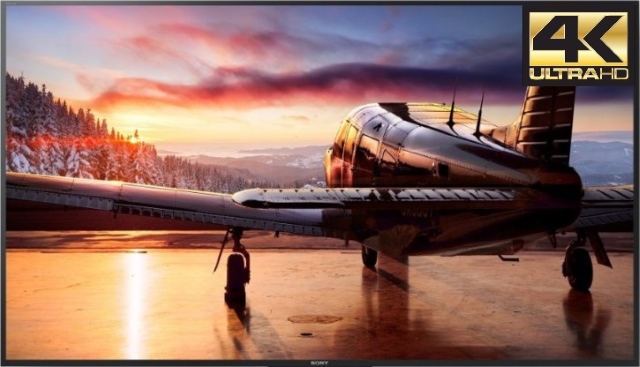 That being said, there are still a few displays that have actually stuck to the True 4K resolutions, rather than adopting the mainstream UHDTV1 standard, like the 4K gaming monitors. The best way to verify whether your display is 4K or UHDTV1 is to check the maximum resolution that is supported by it. While manufacturers may openly lie and mix the terms 4K and UHD, the maximum resolution is the most effective way of verifying whether you own a True 4K display or a 4K UDH display.

4K vs UHD: Comparison of The Standards

So you see, while 4K and UHD are two of the most famous standards, that logo on the top of your TV that says 4K is not pure 4K, but UHDTV1. And though you do miss out on those few pixels, the fact is that 16:9 is perfect for an HDTV and its content.

Well, that’s all there is when it comes to 4K vs UHD but I’d love to know your thoughts. Tell us in the comments section on how you feel about 4K and should companies continue calling it 4K UHD or openly share that it is, indeed, UHDTV1 that they are selling.