As gamers, we know that the most important component in our PC is the graphics card. The better the card, the more performance you can get out of them. However, the performance you gain by using these high-end cards is completely useless if you don’t have a good quality screen to go with it. This is exactly where gaming monitors shine. Most of these monitors tend to have higher quality and higher resolution screens with much better refresh rates than any other consumer grade monitors out there. So, if you’re looking forward to buy a new monitor that can satisfy all your gaming needs, you’ve come to the right place. Well then, let’s move on to the exciting part and discuss the 10 best gaming monitors that you can buy in 2017:

Do you like ultra-wide monitors? If that’s the case, you’ll love this. The Asus ROG Swift has an ultra-wide 34-inch QHD (3440 x 1440) curved IPS panel which supports NVIDIA G-Sync. In spite of being an IPS monitor, it has an impressive response time of 4ms. If you look at the spec-sheet of this monitor, the native refresh rate is listed as 60Hz, but it can be easily overclocked to 100Hz by pushing the Turbo button, located behind the monitor. The display also boasts of 100% sRGB coverage for the perfect color accuracy that every content creator loves to have. 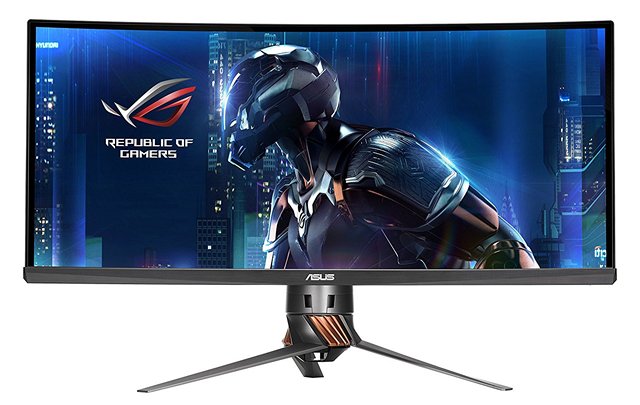 These kind of ultra-wide monitors are more suited to FPS gamers where one can take advantage of the extra screen real-estate to spot enemies faster. It is available right now for a price of $1300. An alternative to this monitor is the Acer Predator X34, which boasts of similar specs.

The Samsung CF971 ultra-wide monitor is quite unique, as it’s suited to both professionals and gamers alike. It boasts of Samsung’s very own Quantom dot technology in a 34-inch VA curved panel, which helps the monitor achieve an sRGB coverage of 125%. As a result, colors are vivid and slightly oversaturated, which makes it a pleasurable experience to play games and watch movies on this monitor. 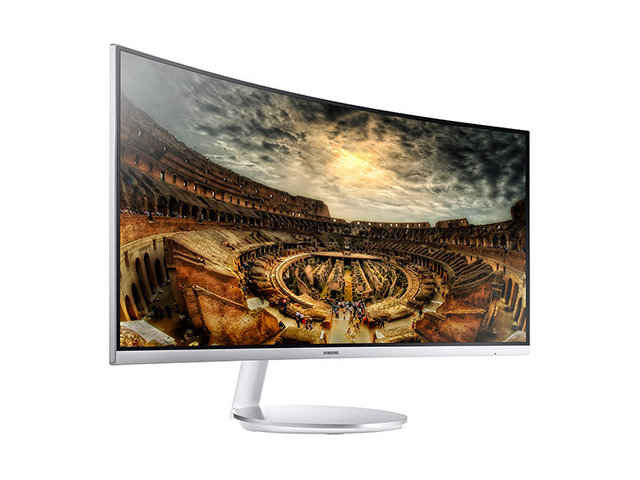 Apart from this, it also has 100Hz refresh rate with AMD FreeSync, which is an alternative to NVIDIA’s G-Sync for people with AMD graphics cards in their systems. The response time is also quite impressive at 4ms, considering the fact that it’s not a TN panel. You can consider this to be a less expensive option, as it’s available for purchase for just under a thousand bucks.

Is your graphics card not providing enough horsepower for 4K gaming? Then, this 27-inch QHD (2560 x 1440) monitor should be the one you should be going for to satisfy all your needs. Although this monitor doesn’t have the wide viewing angles of IPS panels, its TN panel can provide you with a 1ms response time which is absolutely important for gaming. It also boasts an impressive 144Hz native refresh rate which can be overclocked to 165Hz and supports NVIDIA G-Sync for smooth frame rates. 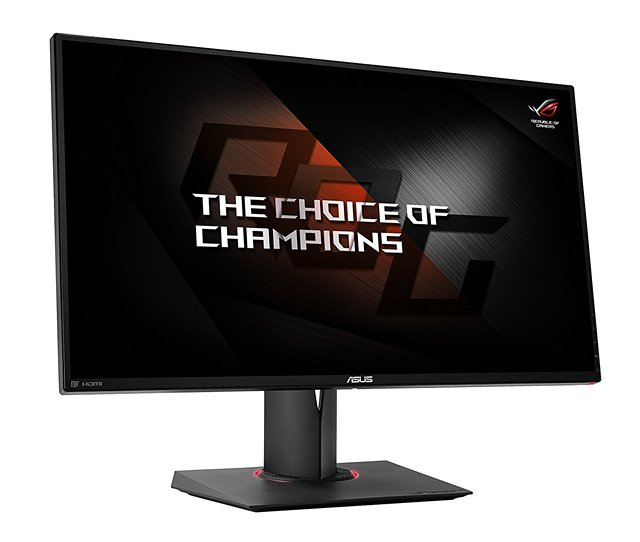 It can be purchased now on Amazon for under $650. For the specs it offers, the pricing is quite impressive from Asus.

The Dell S2716DG LED-lit Gaming Monitor is a mid-range gaming monitor from Dell that offers some high-end features at an affordable price. It features a 27-inch QHD (2560 x 1440) TN panel that boasts of a refresh rate of 144Hz, response time of 1 ms and comes with NVIDIA G-Sync for a flawless gaming experience. All of these features for just around $500. At this price point, you’d expect cheap build quality, but its build quality is quite impressive too. So, if you’re in the market to buy a G-Sync capable monitor on a budget, then look no further. 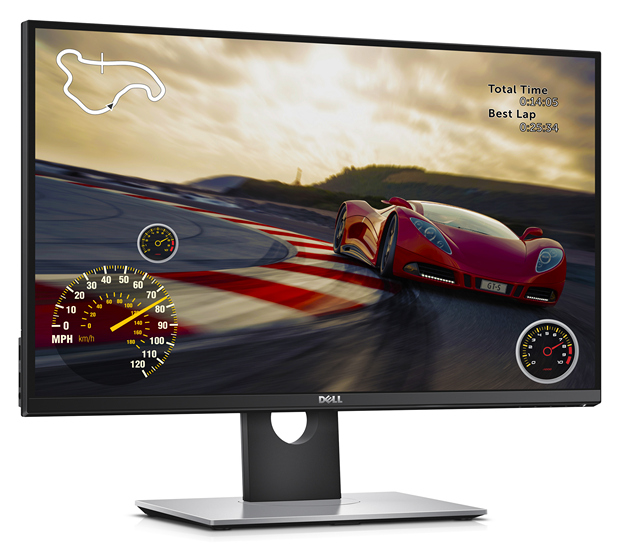 We’ve seen HDR television sets for a quite a while now, but what about HDR monitors? ASUS ROG Swift PG27UQ is the answer, as it’s one of the world’s first HDR gaming monitor that was announced at CES in January 2017. HDR isn’t the only thing that the monitor boasts of. Along with the Acer Predator XB272-HDR monitor, the PG27UQ is the world’s first 4K monitor that offers an incredibly high refresh rate at 144Hz. The display is a 27-inch IPS panel for those wide viewing angles and also offers NVIDIA G-Sync for buttery smooth gameplay. But, if you were hoping to get your hands on it right away, I’m sorry to crush your heart, as it’s not available for sale at the moment. 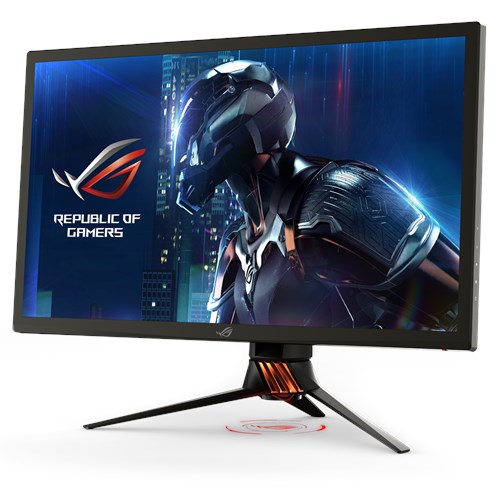 The official availability and pricing has not been disclosed by ASUS yet, but expect it to be made available sometime later this year, for a price upwards of $1500. So, start saving up your money right away if you want to get your hands on the best gaming monitor ever made.

Announced along with the Asus ROG Swift PG27UQ back at CES in January 2017, the Acer Predator XB272-HDR monitor boasts of almost all the specs that the ASUS counterpart has to offer. Yes, you can say that it’s basically the same 27-inch monitor, except for the fact that it’s coming from Acer with some minor cosmetic changes, especially the slightly thinner bezels. The gaming monitor features 4K IPS panel, G-Sync, HDR, and 144Hz refresh rate. Acer has been mum on the pricing and availability so far, but it’s slated for a late 2017 release if rumours are to be believed. 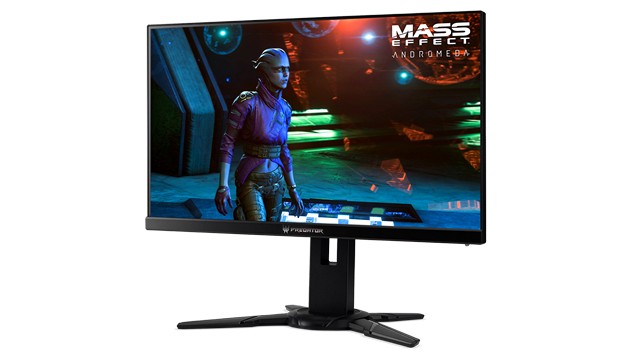 This is one of the best 4K monitors that’s currently on the market. You can go for this one, if you just cannot wait until the 4K HDR monitors are released and save some money. Although this monitor just has a refresh rate of 60Hz, it comes with NVIDIA G-Sync support that should smoothen up your gaming experience. The display is a 27-inch 4K (3840 x 2160) IPS panel that offers wide-viewing angles and vivid colours for all the eye candy that you’ll need. Acer also claims a response time of 4ms, which is impressive for an IPS panel. It’s currently priced at just under 900 bucks on Amazon. 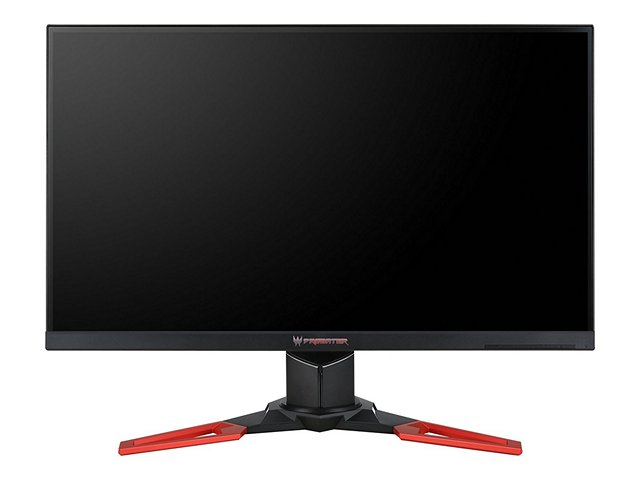 The Zowie gaming monitor from BenQ is aimed at budget-minded enthusiasts who want the best refresh rates at an affordable price. It has a 24-inch Full HD (1920 x 1080) TN panel, but don’t underestimate this monitor just because of the resolution. It boasts a 144Hz refresh rate and 1 ms response time, which is plenty for almost all of the gamers out there. BenQ claims that this monitor is specially made for e-Sports professionals who demand the very best when it comes to response times and refresh rates. 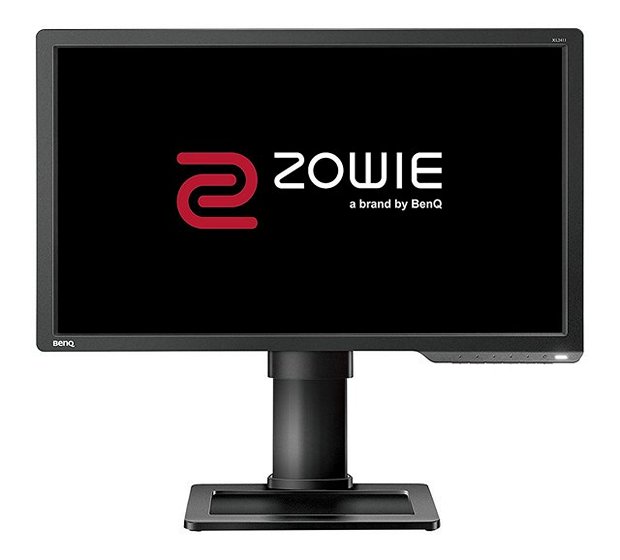 Unfortunately, it lacks both NVIDIA G-Sync and AMD FreeSync, but that makes up for the price. It’s currently available on Amazon for a price of under $290. If you’re willing to sacrifice resolution for the fast refresh rates, this is the monitor you should be buying right away.

The ASUS VG245H is the least expensive monitor on the list, but packs some impressive features for gamers. Similar to BenQ’s monitor that we discussed above, this one is also a 24-inch Full HD (1920 x 1080) TN panel, but has a lower refresh rate of 75Hz. But make no mistake, as this monitor has AMD FreeSync support that the BenQ monitor completely lacks. All of that in a very affordable price. So, if you have a PC with an AMD graphics card and you’re in the market to buy a monitor under $200, then without doubt, this is the best monitor you can get for a price of just under $190. 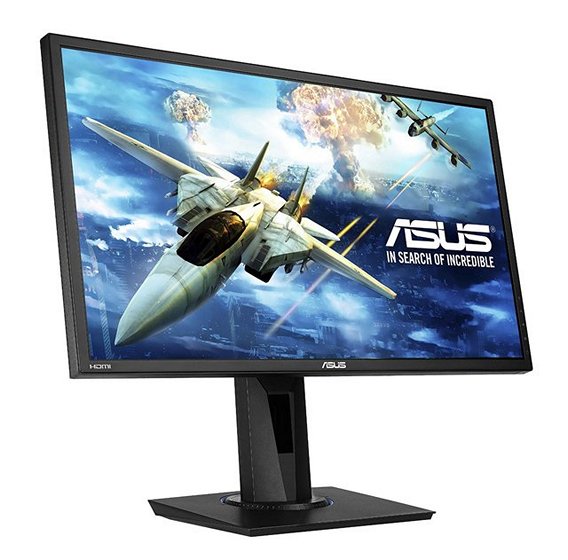 The LG 38UC99-W is the biggest monitor to feature in the list, at 38 inches and also, the most expensive. LG 38UC99-W is a curved monitor that’s more inclined towards professionals but still has plenty to offer for all the gamers out there. It has a resolution of 3840 x 1600 and comes with FreeSync support that should make AMD fans happy. The display supports a refresh rate of 75Hz,which is quite low if you take a look at that mind-boggling price of above $1500 on Amazon. Apart from this, the monitor’s build quality is top-notch and the display is pretty accurate which should please content creators. 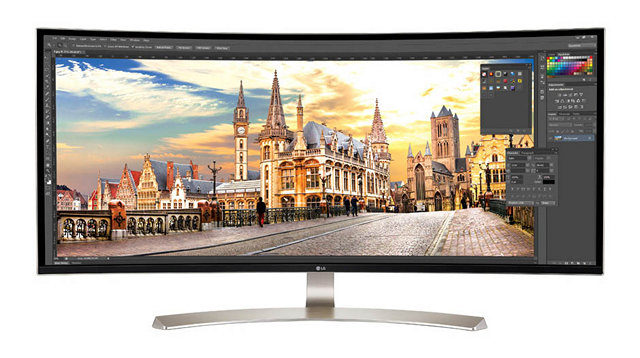 The Best Gaming Monitors You Can Go For

If you take a look at all the gaming monitors in the list, you can probably figure out that Asus and Acer dominate the monitor market at the moment. There are plenty of options to choose from, and you can choose the monitor depending on your budget and performance needs. So, are you looking forward to buy a new gaming monitor? If so, let us know which one you’re going for and how this article has helped you in making your decision easier by dropping a word or two in the comments section below.