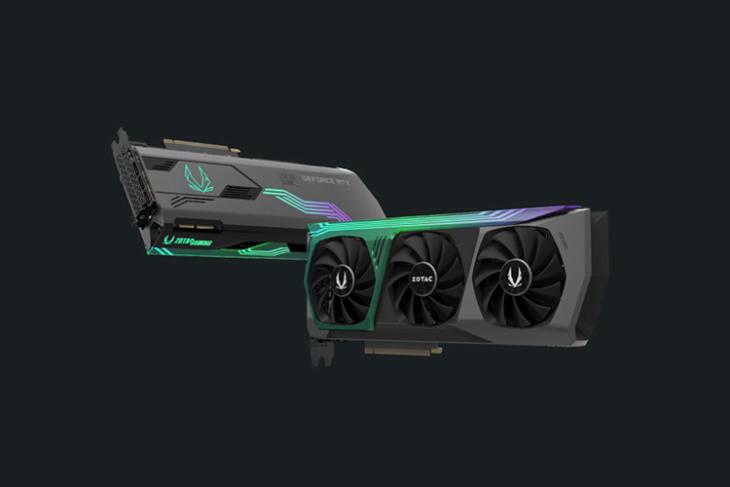 As is the case every year with Nvidia’s graphics cards, the company makes founders edition GPUs and third party card makers manufacture the cards for consumers with their own take on cooling, RGB, and overall design aesthetics. Zotac is one of the biggest names when it comes to GPUs and a new leak today claims to show off Zotac’s designs for the upcoming RTX 3000 GPUs.

The leak comes from a tweet that claims to show off the renders for the Zotac RTX 3090 GPU. We can see from the renders that the GPU will have three cooling fans. That is quite possible, considering an earlier leak showed off the size difference between an RTX 2080 GPU and an RTX 3000 series GPU, and it is huge.

I don't usually filter things; DE but do you want to see the new 3090 zotac?🤏👇 pic.twitter.com/8wmcFyJXzS

In case you’re unaware, Nvidia is going to announce the new RTX 3000 series on September 1. Yesterday the company started teasing the new graphics cards, with a whole video on the “art and science of design” for the upcoming GPUs. That particular video is the reason we know a couple of things, including the new 12 pin power connector that the new GPUs will use.

Coming back to the leak though, we can’t independently confirm whether these renders are accurate to any degree or not. As such, I would recommend you take this information with a pinch of salt. That said, the designs do look pretty damn good to me. Either way, we will get to know all about the RTX 3000 series when Nvidia finally unveils them in a few days, so stay tuned.