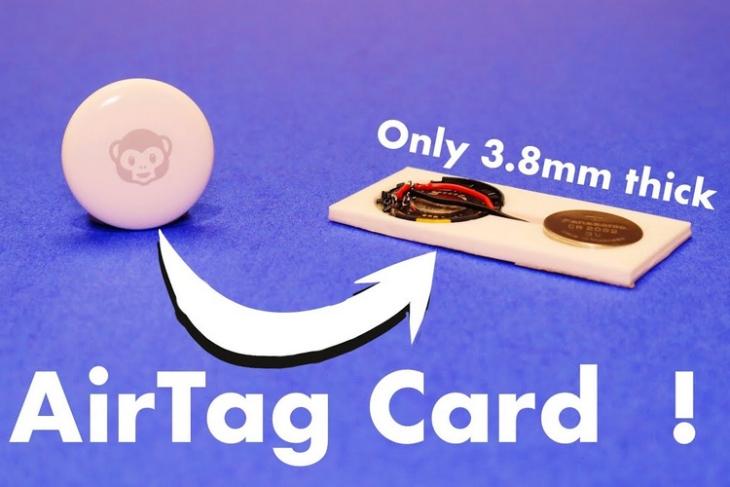 At its Spring Loaded event last month, Apple finally launched its item tracking device – the AirTag. While interested buyers instantly noticed it doesn’t have a convenient hole to attach directly to a keychain, one AirTag owner found that the tracker bulges out when placed in his wallet. So they decided to do something about it.

AirTag as a Card for Wallets

Opening the battery lid of AirTag, Andrew Ngai noticed (via 9to5Mac) how the battery is stacked with the mainboard. He then decided to rearrange the board and battery in such a way that they exist side by side. This way, the AirTag will no longer be bulky and can easily fit into the wallet.

After successfully separating the battery from the board, Andrew designed and 3D printed the card enclosure to place the AirTag. Andrew then soldered in the wires and voila, the new AirTag card is ready! You can watch the entire video demonstrating the process on Andrew’s YouTube channel below:

Of course, while this might seem tempting to many, it requires basic DIY experience in dealing with electronics. Knowing how to solder is a requirement in case you are planning to replicate this and make a slim AirTag (like Tile Slim) for yourself. And well, there’s a caveat in this project as well – it compromises the speaker. If you’re interested, Andrew has generously shared the 3D printable raw file of the card enclosure and you can download it from here.

While this isn’t something I would call perfect, it is a neat DIY project that has solved his issue with the tracker. At the end of the day, that’s all that matters in a personal project. If you don’t want to go through all this hassle, you could just buy an Apple AirTag alternative like Tile Slim that’s made to fit into your wallet.