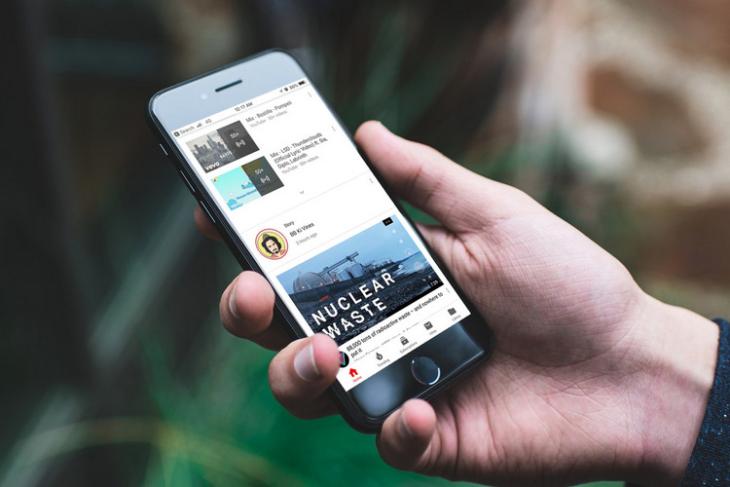 Over the past few weeks, YouTube has been testing a new ‘Stories’ feature that looks and works similarly to the identically-named service on Instagram. While the test was only limited to very few users initially, the company is now apparently expanding its scope and rolling it out to a wider user-base.

The feature has now started showing up for some of us here at Beebom, although, the vast majority of us are yet to get it on our devices. While earlier reports had suggested that the feature was being rolled out to the Android version of the app, we can confirm that its also being tested on iOS. 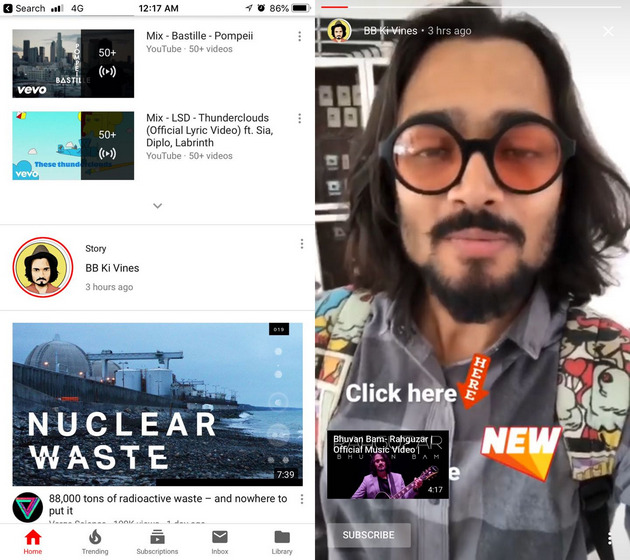 From what we can see, the Stories section in YouTube looks not dissimilar to that of Instagram’s in terms of UI, but one of the ways one would be able to distinguish between the two is through the red-ring (seen around BB ki Vines‘ profile picture) that surrounds new Stories on YouTube in a nod to the dominant color-scheme on the platform.

YouTube is the latest online platform to have jumped on the so-called ‘Stories’ bandwagon after Instagram and Facebook and Snapchat popularized the feature over the past couple of years. It was originally introduced by Snapchat back in 2016, and has since been introduced by many of the aforementioned social media services, among others.

Rumors about YouTube’s Instagram-like ‘Stories’ feature have been doing the rounds since last November, when the company reportedly started testing a new feature called ‘Reels’. It’s not entirely clear, however, if Stories is the rechristened version of the same feature or if YouTube has re-imagined it entirely from scratch.

Not much is known about the feature just yet, but with YouTube rolling it out to more users, it is probably only a matter of time before it’s turned on universally in the days to come.