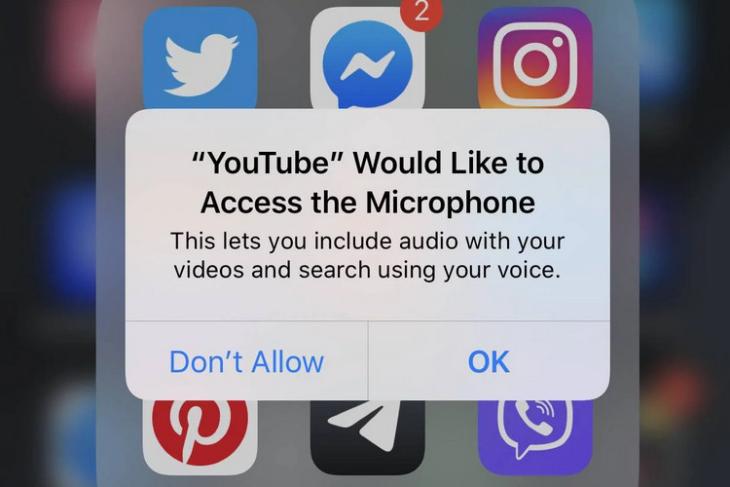 Many iPhone users are reporting seeing unexpected notifications about the YouTube app on their device seeking microphone access. According to several posters on a Reddit thread, the YouTube iOS app is trying to access the phone’s microphone even when the app is not being used. Multiple Redditors seem to confirm the claim, saying they have also been experiencing the exact same issue since the last couple of days.

Replying to the OP, one Redditor, who also claimed to have a similar experience, said that once they granted the microphone permission, the mic-in-use notification on the top-right corner persisted for several minutes even when they weren’t using any voice command. “I was on another app and also got this. I accepted it and the red mic in use notification on the right top was on for several minutes. When I tapped on it, it took me to YouTube. Why they where listening?”, they wrote.

Some users have claimed that the YouTube app uses the microphone for Google’s own voice dictation if creators make videos within the YouTube app. Meanwhile, others wondered whether, like the Chromecast, YouTube also uses ultrasonic sounds to connect to nearby devices that aren’t on the same network. Whatever the reason, this is freaking people out, and it is imperative that Google issues a statement explaining what’s going on here.

With data harvesting and online privacy becoming an increasing concern for many, people are naturally concerned about the latest developments. Many Redditors are of the opinion that this is yet another example of Google and its affiliates’ unethical data-collection practices, and there’s no telling how they’re using any of that information.