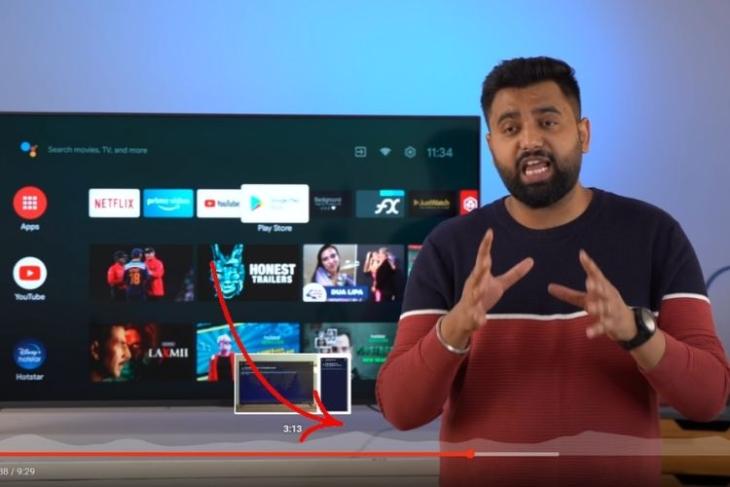 YouTube has started testing a new feature called Heatseeker, which will show you the most-watched parts of a YouTube video. The feature is available for Premium users to try out, following which they are asked to provide feedback. It is not available for all videos but will come in handy if you want to jump straight to, say a recipe without listening to the introductory remarks.

While watching a YouTube video, as you can see in the screenshot below, users can now hover over the seek bar to not only see the frames at the instant but also a heatmap graph. It highlights the most-watched parts of the video with peaks, while the lower peaks mean not many users watched that section of the video.

Thanks to this handy feature, users can even directly switch to a particular part of the video with ease. That means you no longer need to click at random timestamps to find the actual start or a crucial part of the video. Youtube describes Heatseeker as a feature “that allows you to find interesting moments in a video while seeking a specific part of a video.” This could work really well with the existing chapters features on YouTube. It will give users a better idea of what chapter or topic attracted more attention from viewers.

Currently, the Heatseeker feature is available for certain YouTube Premium users on the desktop version. We couldn’t access the feature on YouTube’s mobile app but we expect it to reach the app version too.

While YouTube aims to further improve the user experience with this test, I am not too sure if this proves crucial to a person’s YouTubing experience. Since it’s just a test, there’s no word on whether or not it will be released to the general audience. All this depends on the user feedback and there are chances that YouTube might toss out the Heatseeker feature.

YouTube is also testing another feature called Collections. As revealed via a recent video by Creator Insider, the new feature will help users organize the channels and creators they are subscribed to in a better way. It is intended to sort out the Subscriptions section available in the YouTube app.

We will keep you updated on this feature’s future on YouTube. Meanwhile, have you got access to the new Heatseeker feature? If yes, do let us know if you like it or not.