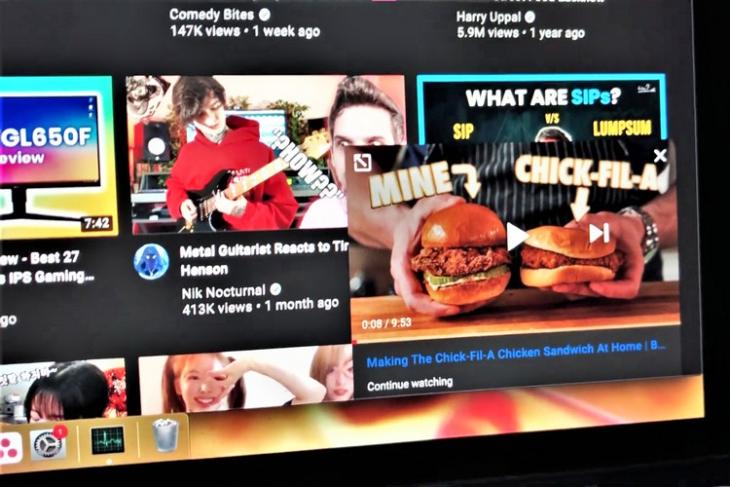 YouTube has been on a roll, adding new features to its iOS and Android apps for better video discoverability and improved communication. We recently saw the company roll out new features like Clips, Live Polls, and Subscriber-only chat for streamers and content creators. Now, the company is gradually rolling out a new ‘Continuity’ feature that lets you continue to watch a video on YouTube’s web platform that you started watching on your smartphone.

The video streaming giant was reportedly testing the feature last week and has now started rolling out the cool new ‘Continue Watching’ feature to select iOS and Android users. It is a pretty nifty feature that shows a new ‘Continue watching’ mini-player for a video that you started watching on the YouTube mobile app but left it in the middle. It is much faster than manually adding a video to the Watch Later List or going to the History section on the YouTube website.

As for how this feature works, suppose you start watching a video on your iOS or Android device and close the player mid-way. And now, when you open the YouTube website on your desktop, a new mini-player of the same video with a “Continue watching” label shows up at the bottom right corner. Clicking it will start playing the video you started watching on your mobile a few seconds earlier from where you left off. It will play in a minimized view, and as per our testing, it doesn’t seem to work with official music videos for some reason.

You can see Anmol from our team demo YouTube’s new ‘Continue Watching’ feature in the video attached below.

As you can see, it is a pretty cool feature that allows users to quickly start watching a video on the desktop website without having to search for it or opening the History tab. It is evident that you need to be logged into the same Google account on your mobile and desktop for the feature to work.

As for availability, it is currently rolling out to select users on Android and iOS. So, if you want to check if it’s available for you, update the YouTube app on your smartphone from the Google Play Store or App Store right now.