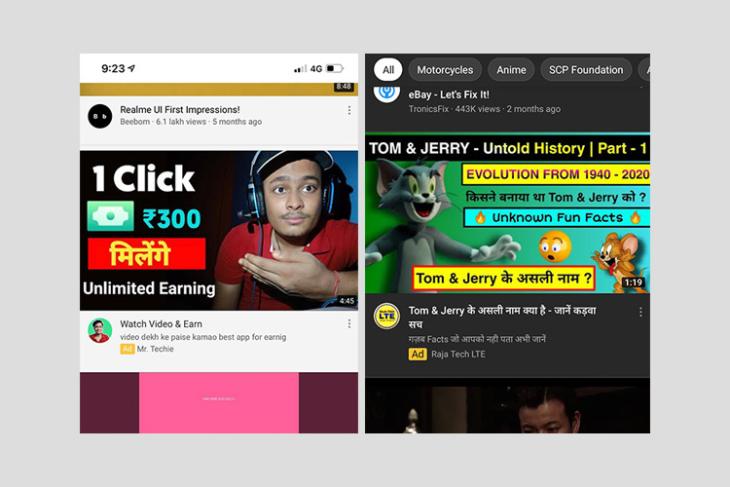 YouTube is a behemoth when it comes to ad revenue. The company announced YouTube ad revenues for the first time this year and it was eye-opening. YouTube made a whopping $15.1 billion in ad revenue during FY 2019-2020.

However, of late, YouTube’s advertisements have been woefully bad. A number of threads on Reddit have been pointing out that YouTube India is showing some increasingly weird ads. These are mostly ads that are outright clickbait. In the last hour or so of randomly refreshing the YouTube iOS app, I have been served with ads about earning diamonds for Free Fire (a game I have never played), and getting free booking for a JioPhone 3. That one was more hilarious than annoying because the video thumbnail clearly has another famous Android phone (no points for guessing which) with a JIO branding Photoshopped on it. 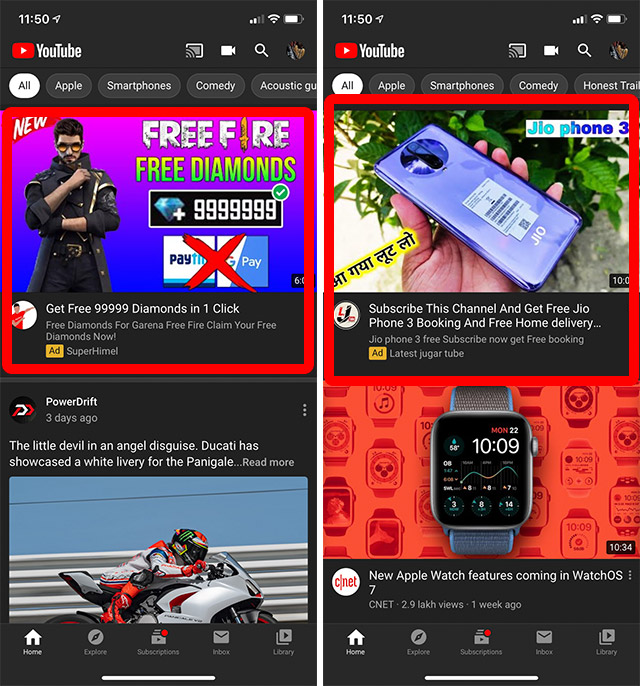 Our own team has also reported seeing a number of extraordinarily bad ads. These are the kind of ads that shouldn’t be on YouTube, because they are either clickbait or scams for the most part. 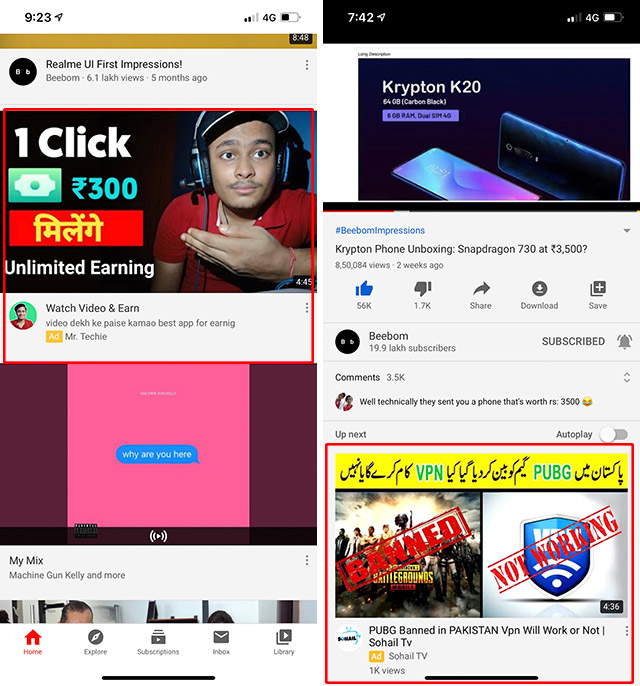 Also, I tried using the ‘Why This Ad’ feature in YouTube to figure out why the platform was serving me these ads. YouTube says I have turned off personalised ads on YouTube so these ads are just based on my location and the time of the day. That sounds plausible, but I never turned off personalised ads on YouTube. In fact, if I go and check, personalised ads are enabled on my Google account. So, either Google thinks I am really interested in knowing how to run PUBG Mobile in Pakistan via a VPN, or there’s something wrong with YouTube’s ad serving system here. I would think the latter.

Hopefully this gets fixed soon, because I am annoyed with these ads. I can’t believe I’m saying this, but I’d rather see ads from smartphone brands and Netflix once again.