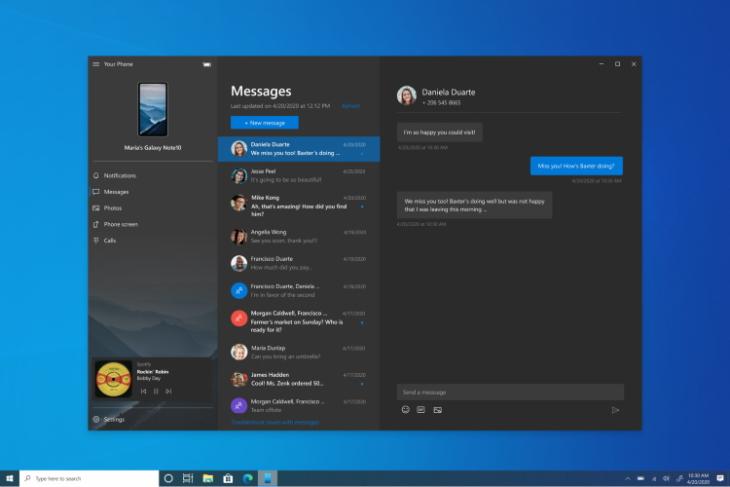 Microsoft’s Your Phone app acts as a seamless bridge between your Android phone and Windows 10 PC. It already allows you to receive notifications, view messages, and even place/ receive calls from your PC. And now, the app is testing another cool new feature. Your Phone app will soon allow you to control your smartphone’s audio playback from your Windows PC.

With the rollout of Windows 10 Insider Preview Build 19619 to Fast Ring users today, Microsoft enables you to ‘control your music and audio apps from within the Your Phone app.’ This means audio tracks playing on your smartphone will now be synced to your Windows PC.

As you can see in the screenshot below, the Your Phone app will show a mini player with audio playback details at the bottom left – just above the Settings button. It will show the app’s name, track details, and playback controls including play, pause, and previous/next. 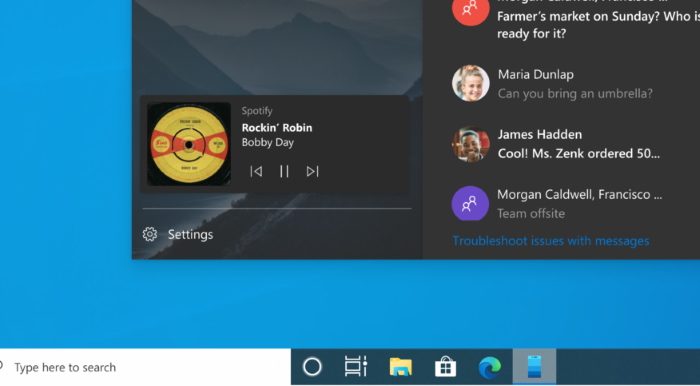 Microsoft also offers you the option to switch audio sources from a dropdown menu. This hasn’t been shown off above but compatible apps include Spotify, Pandora, Amazon Music, Google Play Music, YouTube Music, Xiami Music (Chinese music app), and Google Podcast. The app does not support YouTube videos and Audible at the moment.

Recently, Microsoft added a bunch of new capabilities to Your Phone for Samsung users. They can not only mirror their device’s screen to the Windows 10 PC but also drag-and-drop files between the two machines with ease. You don’t even need a wired connection for the latter.