Tapping on the opportunity of FIFA World Cup 2014, Xolo has launched a new smartphone under their Q series named as Xolo Q 1200. Xolo is now the official parent of Liverpool club and so they are providing the users with a free Liverpool FC Football with each unit of this smartphone. Xolo Q1200 will be out on sale through online stores from 10th June onwards. Let’s dive into its specifications to get a good idea about this device. 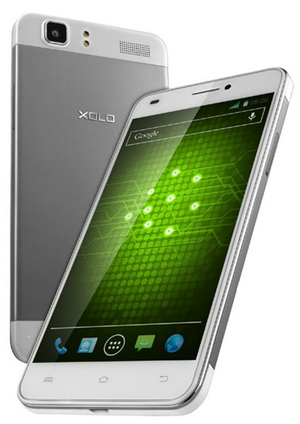 Xolo Q1200 comes with Android 4.2 Jellybean pre-installed but it will up-gradable to Android 4.4. The performance of this device is supported by a Mediatek MT 6582 Quad Core Processor operating at the frequency of 1.3 GHz and RAM of 1 GB. Apart from these, it has got internal storage capacity of 8 GB which can be further expanded with the help of Micro SD Card (nothing has been mentioned about the maximum size of microSD card which it can support).

The battery strength is little disappointing which is just 2000 mAh for a phone with the display size of 5 Inches. The smartphone will be available at the price mark of 13,999 INR and it will have the competitors like Micromax Canvas Turbo, Karbonn Titanium S9, Huawei Honor 3C etc. Its camera is the only feature which seems to be the best of all its competitors and obviously a Liverpool FC Football that comes as a free gift with it.

The overall specification of the device is pretty much decent and we will recommend our readers to go for it because though its closest competitor Karbonn Titanium S9  has got a better display size but Xolo Q1200 still beats this device in terms of better camera and processor.

From 10th June onwards you will be able to buy this device from Amazon, Snapdeal and Flipkart. Please let us know in comments if you have any other question for this device.