Skip to content
Home News Xiaomi to Stop Selling Redmi 4A Soon, Here Are 5 Alternatives You Can Buy 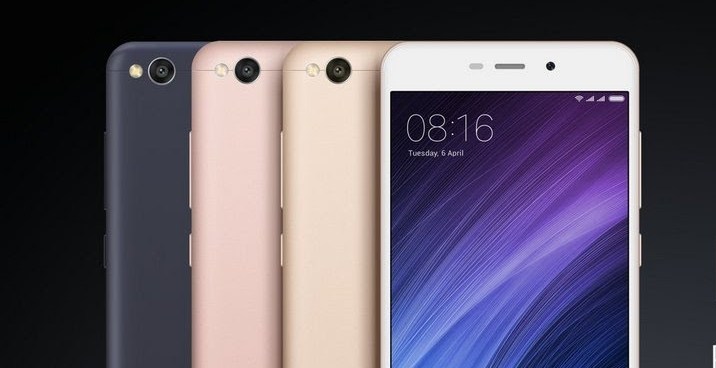 With the release of the  , Chinese smartphone manufacturer announced that they will no longer sell the Redmi 4A once they run out of stock. Although the smartphone is still available on Amazon, it will gradually be phased out from the Indian market. Well, it was undoubtedly one of the best budget phones to date, but the Redmi 4A is no longer the only option available in that price range. So, if you’re looking for the perfect budget phone, here are the best Redmi 4A alternatives:

Although this smartphone replaces the Redmi 4A in the Indian market, there are barely any differences between both the smartphones. Just like the Redmi 4A, it sports a 5-inch 720p HD IPS display that’s driven by the Snapdragon 425 octa-core processor coupled along with either 2 GB or 3 GB RAM depending on the configuration that you’re opting for. It has even got the same 13 MP rear camera as well as the 5 MP selfie camera that lets you take some great photos for a smartphone at this price point. 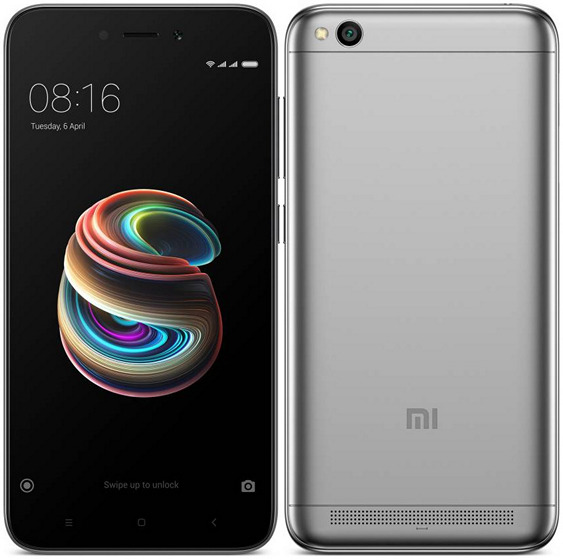 However, there are some minor changes between the two devices. For starters, the Redmi 5A has a matte metallic finish on the back that’s soft to touch, although it’s made out of plastic. Additionally, it has dedicated slots to support 2 nano SIM cards and a microSD card as opposed to Redmi Note 4A’s hybrid slot which allowed space for either one nano SIM card and a microSD card or two nano SIM cards at a time. Lastly, it packs a 3000 mAh battery to deliver an all-day battery life under moderate usage.

Well, if you’re looking for a budget offering from Nokia, then look no further than the Nokia 2, which features a 5-inch HD IPS display for great viewing angles while consuming media. On the hardware front, the Nokia 2 is unarguably inferior than the Redmi 4A, because it’s powered by the Snapdragon 212 quad-core processor coupled with just 1 GB of RAM. 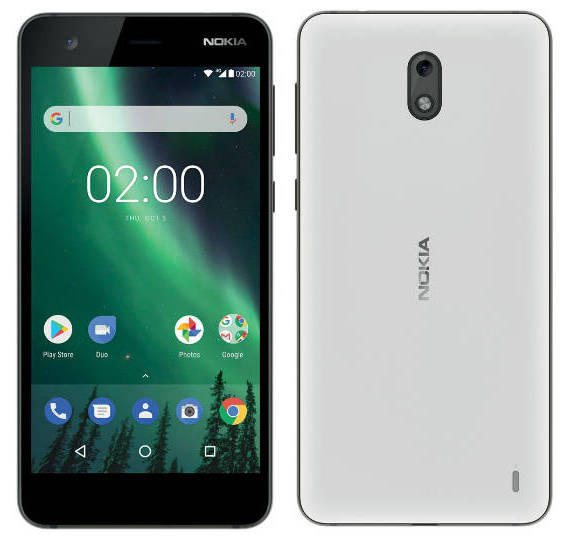 It still has an 8 MP primary camera for taking some impressive stills and a 5 MP secondary camera to quench your thirst for selfies. Unlike the Redmi 4A, the Nokia 2 is a sturdy device, thanks to the aluminium frame. The battery department is where the Nokia 2 truly shines as the 4100 mAh unit is good enough to last you all day even if you’re a heavy user.

If you were disappointed about the hardware of the Nokia 2, then Nokia 3 might just be the smartphone that you’re looking for. Although it sports the same 5-inch HD IPS display, it’s powered by a better quad-core MediaTek MT6737 chip clocked at 1.4 GHz. It even has 2 GB of RAM for ample multitasking performance that you expect from a budget smartphone. 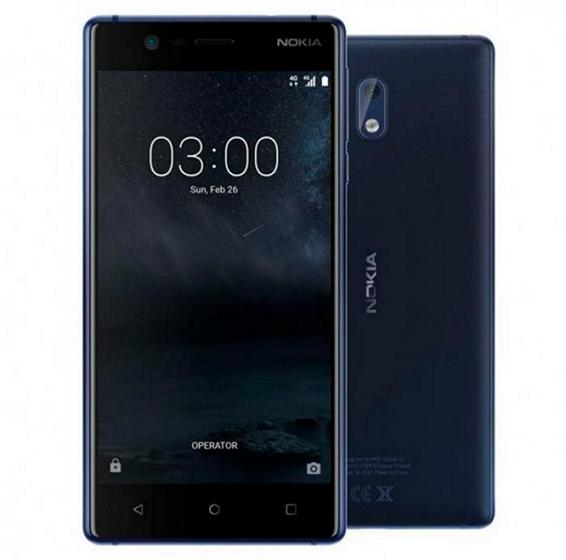 Moving on to the camera department, the Nokia 3 sports an 8 MP primary camera with an f/2.0 aperture for taking some great stills and a secondary 5 MP camera for taking selfies and groupies with your friends. Battery has taken a hit though, as the 2630 mAh battery will barely be good enough to last you through the day under moderate usage.

Next, we have a budget smartphone from Lenovo-owned Motorola. The hardware it packs is closer to what the Nokia 3 has to offer. The Moto C Plus features a 5-inch HD IPS display and is powered by the MediaTek MT6737 quad-core processor clocked at 1.3 GHz. There’s 2 GB of RAM for adequate multitasking performance, so we’ve got no complaints in this deparment. 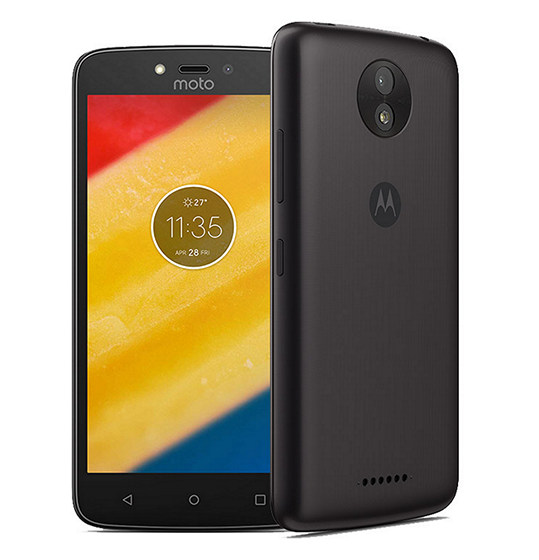 The primary camera is rated at 8 MP with an f/2.2 aperture that does a decent job in still photographs, whereas the secondary 2 MP camera might disappoint most of the selfie addicts out there. However, the removable 4000 mAh battery does a stellar job in giving you an all-day battery life even under heavy usage.

Last on the list, we’ve got none other than Xiaomi’s own Redmi Y1 Lite, which is fairly similar to the Redmi 5A, except for the size and build quality. That’s right, the Redmi Y1 Lite features a bigger 5.5-inch HD IPS display and it’s made out of aluminium to make the device feel solid in your hand. Under the hood, it’s powered by the Snapdragon 425 quad-core processor coupled with 2 GB of RAM for adequate performance that you expect from a budget smartphone. 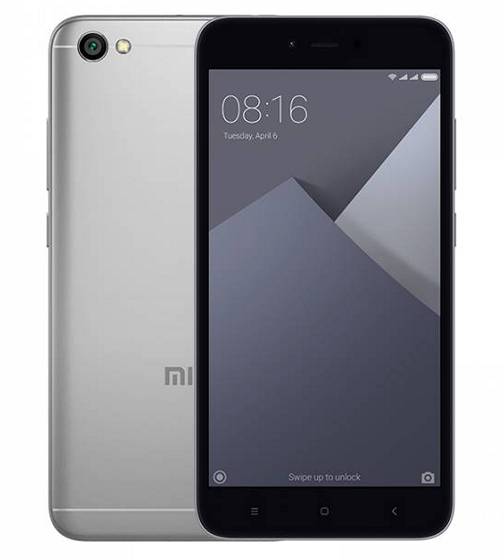 Moving on to the camera department, the primary 13 MP camera is rated at f/2.2 aperture for taking some impressive stills and the secondary camera rated at 5 MP should be good enough to meet all your selfie requirements. Lastly, in terms of battery the Redmi Y1 Lite packs a 3080 mAh unit that should be able to provide you with an all-day battery life under moderate usage.

SEE ALSO: Looking for Phones with OLED Displays? Here are Your Best Options

The Best Redmi 4A Alternatives

Well, we’re glad that we could list out some of the best alternatives to the outgoing Redmi 4A that’s extremely popular among the budget-minded Indian audience. So, if you’re looking to purchase a new budget smartphone during this holiday season, you can be assured that there’s more than one option to choose from. So, which one of these are you planning to get you spend your hard-earned cash on? Do let us know, in the comments section down below.