Xiaomi announced the MIUI 10 Global Beta ROM about a couple weeks ago, but today the company has shared a schedule for the Global Public Beta ROM rollout of the same.

This means the public beta ROM will be available to download for all Xiaomi users and is not limited to just developers. The official post on MIUI Forum not only delivers this news to Xiaomi users, but also shares a rough timeline for the rollout of the Public ROM to all compatible devices.

The MIUI Forum admin has revealed the device phases for rollout and expected timeline for the rollout, which will be tweaked based on further testing. Here’s the complete list of supported Xiaomi phones, along with a rollout timeline for the MIUI 10 Global PUblic Beta ROM: 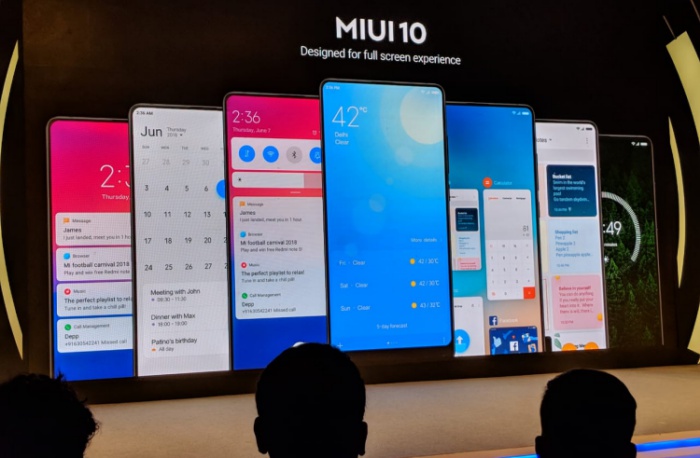 Initially, Xiaomi plans to roll out the MIUI 10 Global Beta ROM to flagship phones, as well as those phones that were launched just recently. These devices will start receiving MIUI 10 in early July, which means users will be able to enjoy the new features in the next few days.

The second wave of rollout is expected to begin in late July and is expected to reach the mid-range and budgets devices in Xiaomi’s smartphone range.

The third and final batch has just four phone models and is expected to receive MIUI 10 Global Beta ROM in early August. So, sorry guys, but you’ll have to wait quite a while to test out the latest update.

Xiaomi’s MIUI 10 Global ROM retains most of the features, such as UI and multi-tasking view changes, AI portrait, and more in the Chinese ROM. However, it has made several nifty tweaks including app shortcuts in the browser, Paytm QR code scanner integration and messaging upgrades for its Indian users.

So, is your device in any of the three batches? If so, are you excited to test out the MIUI 10 Public Beta ROM? Let us know in the comments below.