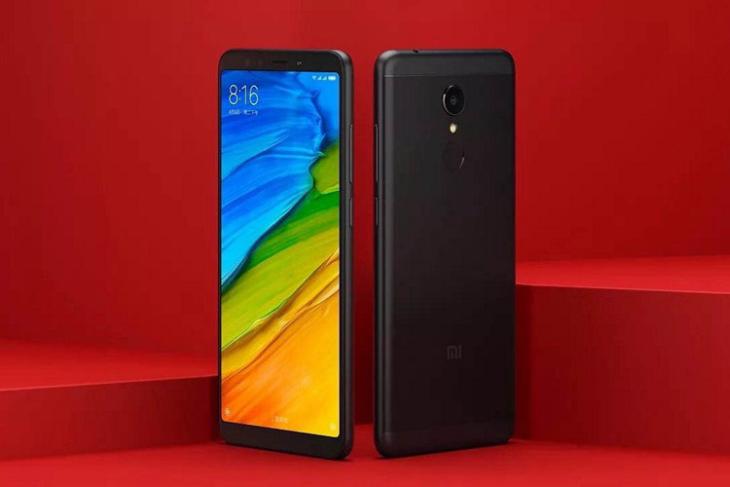 Xiaomi’s upcoming budget-end smartphones, namely the Redmi 5 and Redmi 5 Plus isn’t going to be officially announced in China until December 7th, but that’s not a problem at all since we now know what exactly the phone looks like, thanks to the company themselves. That’s right, Xiaomi’s global spokesperson has given the people a “sneak preview” of the new smartphones on twitter. He has shared three official pictures of the Redmi 5 and one picture of the Redmi 5 Plus that shows off the new 18:9 display in almost every angle. It looks like in addition to the traditional black color, the new phones will be available in blue and rose color variants as well.

Is everyone ready for the all-new Redmi 5 and Redmi 5 Plus? We're launching these two new devices in China on Thursday Dec 7. Giving everyone a sneak preview! 😎 #Xiaomi pic.twitter.com/ESbaejpTJV

Additionally, the new Redmi 5 and Redmi 5 Plus has surfaced in promotional videos as well, according to GizmoChina ahead of the official announcement. The video showcases three promotional videos that reveals Xiaomi’s upcoming budget smartphones in all its glory. The full-screen display looks absolutely gorgeous, but unfortunately, no details regarding the specifications have been given out in the video. Here again, the smartphone is seen in multiple color variants, which is good news.

Although the specifications haven’t been officially confirmed yet, the Redmi 5 and 5 Plus is expected to feature a 5.7-inch HD+ and 5.9-inch Full HD+ 18:9 IPS displays respectively. The smaller variant is rumored to be powered by the Snapdragon 450 SoC coupled with 3GB of RAM whereas it’s bigger brother will pack either a Snapdragon 625 or 630 chip along with either 3 or 4GB of RAM depending on the storage variant you’re opting for. The Redmi 5 will ship with a 3300 mAh battery and the bigger Redmi 5 Plus will pack a massive 4000 mAh battery for delivering an all-day battery life.

Considering the popularity of the Redmi 4 and Redmi Note 4 smartphones in India, the Redmi line-up is absolutely crucial for the competitive smartphone market in the country. If Xiaomi could get the pricing right, the Redmi 5 and 5 Plus could prove to be a massive success among the masses. Well, are you looking forward to get your hands on one of Xiaomi’s new budget smartphones this holiday season? Do let us know your thoughts in the comments section down below.