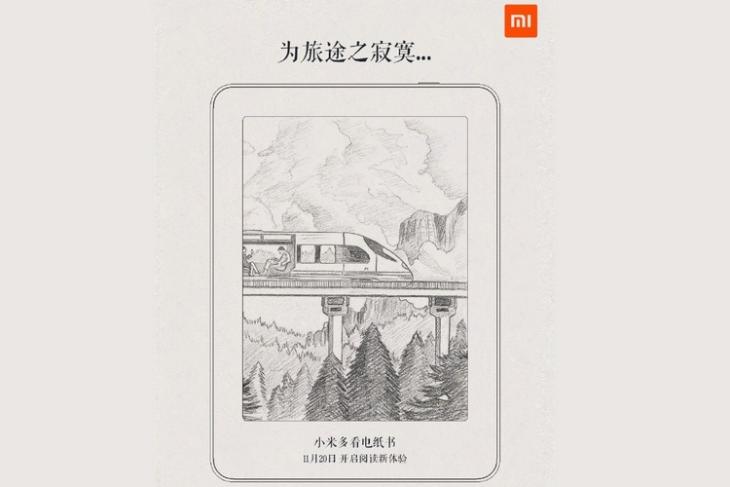 After launching its first ebook reader earlier this year, Xiaomi is now reportedly all set to expand its presence in the rather niche segment by unveiling an all-new device next week. The announcement was made Thursday by the company’s IoT sub-brand, Mijia, on Chinese micro-blogging platform, Weibo. According to the post, the device will be unveiled on November 20, and will be crowdfunded like many of Xiaomi’s other quirky little launches in the recent past.

The post included a sketch of the supposed e-book reader (see featured image above), which shows thick bezels on all four sides. There also seems to be a button at the top, but there are apparently no buttons on the sides of the device. Going by how standard ebook readers work, the top button will likely work as the power button that can be used to turn the display on or off. The absence of other hardware buttons might mean that users will get on-screen controls to change some of the other settings of the device.

As mentioned already, this is not the first e-book reader from Xiaomi, with the company having launched its first such device earlier this year. Called the iReader T6, the device was launched last May, and was quickly followed by the Moaan W7 in June. Neither, however, were especially affordable, with the latter priced at around the $400 mark in China. One can only hope that the new eReader will be priced better, which might make it a real competitor in a market dominated by the Kindle.