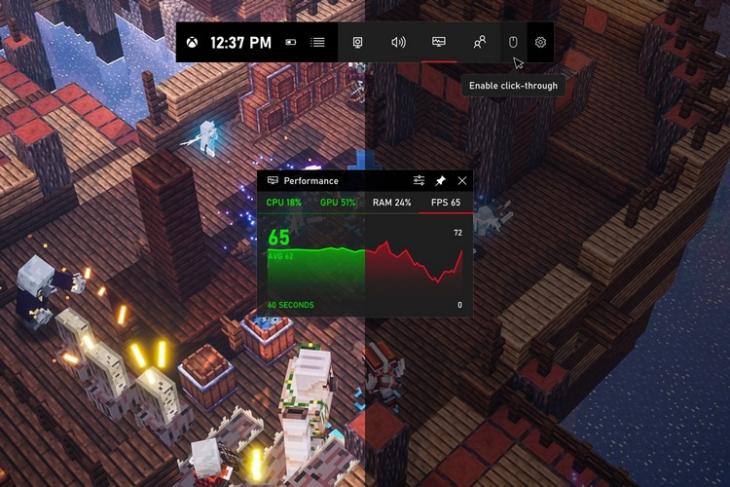 Xbox is introducing Ghost – Game Bar’s first game companion widget, primarily for Destiny 2. It tracks progress during gameplay and provides instant access to bounties, quests & triumphs. It supports the ability to preview a Crucible map before loading in. The widget will also track Bungie.net account stats and achievements on PC or console.

Meanwhile, XSplit’s Game Bar HUD widget is exiting the beta phase and is available on the widget store. The release will include support for XSplit Broadcaster and new Gamecaster controls.

You also get Corsair’s iCUE Widgets – iCUE Lighting widget and iCUE Profile Selector widget to control lights and change profiles on compatible devices. The widget requires the latest version of iCUE (v3.30 or newer), which is available on Corsair’s website.

Apart from these, Razer is also bringing two new widgets to the Game Bar Widget Store, namely Chroma RGB for Twitch Streamers and THX Spatial Audio widget. The former lets streamers share their lighting setup with viewers, while the latter toggles spatial audio and lets users access EQ settings, sound modes, and device settings without leaving the game. Do note that these widgets are not available yet and Razer will add them soon.

Alongside, Xbox Game bar is getting two new features called Click-through and Transparency. With Click-through, users can decide if a mouse click over a pinned widget should direct to the widget or the game. Transparency, as the name suggests, lets users customize the transparency of widgets.

How to Disable Xbox Game Bar on Windows 10

How to Monitor Tasks on Windows 10 While Playing Games