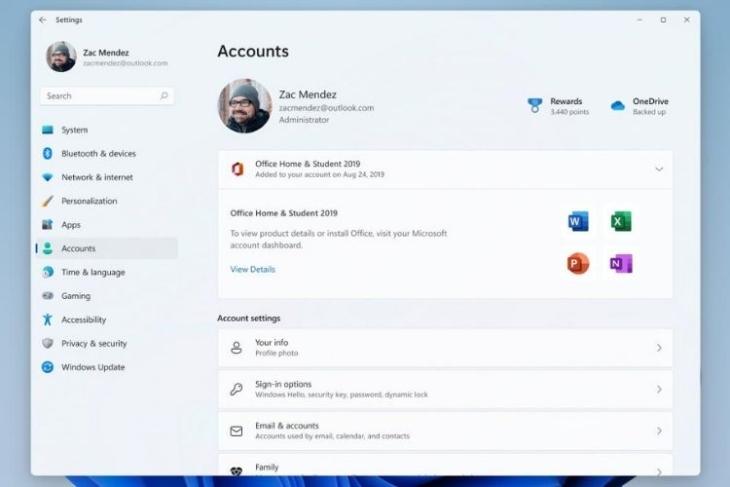 Microsoft has introduced the new Insider Preview Build 25126 for this week. The new update is for the Dev channel and comes with updates to the Account Settings page, which is the main highlight of this build. Other than that, there are mostly a bunch of bug fixes. Here’s what’s new.

Back in October, Windows 11 got a subscription information page to the Account Settings page to show the Microsoft Office 365 purchases. This feature has now been updated and will now show all supported Office perpetual products such as Office 2021 or Office 2019 subscriptions related to a user’s account.

This can be used to get details on the 365 Office products and even install Office by tapping the “View Details” option. The new change can be viewed by visiting the Settings -> Account.

One thing to note is that Microsoft has just started releasing the updated Account Settings page to the Insiders and hence, won’t be available for all. The company wants to take feedback first, depending on which it will release the feature to all Insiders.

As mentioned before, the Insider Preview Build 25126 doesn’t bring along anything new apart from the Settings improvements. You will find fixes for issues like a bugcheck with error DRIVER_IRQL_NOT_LESS_OR_EQUAL in pci.sys that causes a rollback when trying to install the build, and the high hitting explorer.exe crash issue while using Search.

More issues such as a backward preview of an image in Personalization, the dismission of the touchpad when docked while editing the name of a folder in Start, and more. You can check out the entire changelog over here.

This new Build comes after Microsoft released the Windows 11 Build 25120 that was released last week to the Dev channel. This build adds a new search bar widget to the home screen and allows for web search right from the home screen. In addition, a number of fixes were added too.

You should know that the latest Windows 11 Insider Preview Build 25126 is for the Insiders and the chances of it reaching the general users are thin. We will keep you updated on this and more upcoming Windows 11 builds. Hence, stay tuned and do share your thoughts on the new Windows 1 1 change in the comments below.