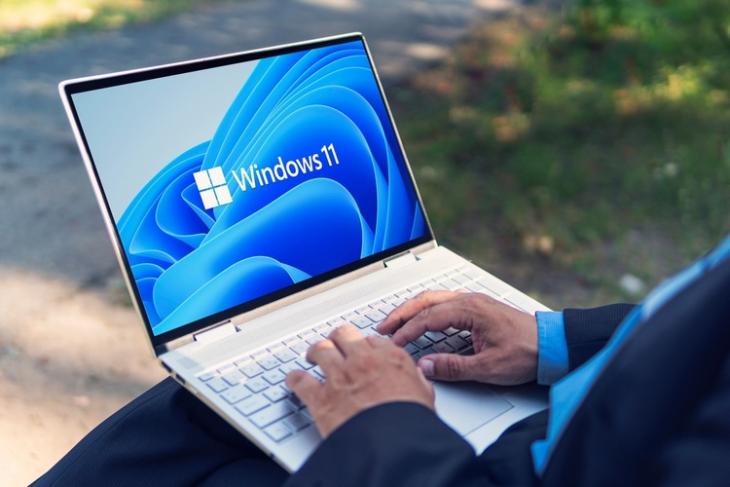 As announced, Microsoft has now decided to release separate builds for the Dev and Beta channels after providing the same build to both channels for a few weeks. As a result, the Dev channel gets the higher Windows 11 Insider Preview Build 25115, while the Beta channel gets the 22621 Build. Both updates bring about a few new features and bug fixes. Here’s a look at what’s new.

Windows 11 Insider Preview Build 25115 now brings a new feature called Suggested Actions to make certain tasks easier. When a number, date, or time is copied, Windows 11 will show up some suggestions like making a phone call or setting up calendar events.

When a number is copied, an “inline light dismissible UI” will pop up with suggested actions of making calls via Teams or other installed apps. A similar UI will appear when the date or time is copied, showing calendar event suggestions and an app will launch, following the preferred selection.

This build has also started previewing the new Sound Recorder app, which was available with the previous Insider Build. This now shows new visualization for audio during recording and includes the ability to change the recording device and file format from the app itself. This comes in addition to the recently redesigned apps like Paint, Notepad, Snipping Tool, and more.

Microsoft has also updated the icons in the Windows Recovery Environment (WinRE). Apart from this, Windows 11 Build 255115 is mostly about fixes for issues like the loading time for system tray icons, updating the speech platform to improve voice activity detection, and a lot more. You can check out all the changes in the official blog post over here.

The Windows 11 Insider Preview Build 22621 for the Beta channel includes ISOs for the build, which are now available. Plus, it will no longer include the build watermark that used to reside in the lower right-hand corner of the desktop.

It updates the speech platform to improve voice activity detection and mostly brings fixes. The update fixes the issue regarding loading of the system tray icons in Settings, the issue that unexpectedly blocked the correctly signed applications in Smart App Control, and more. You can check the list by visiting the official blog for the same.

The Windows 11 Build 25115 and 22621 have started reaching users in the Dev and Beta channels, respectively. You should know that with the introduction of these two separate builds, you can no longer switch from the Dev Channel to the Beta Channel. In case you get the Dev update and want to switch, you will get 10 days for the process. Once that is over, the only way to switch will be a clean installation of Windows 11.