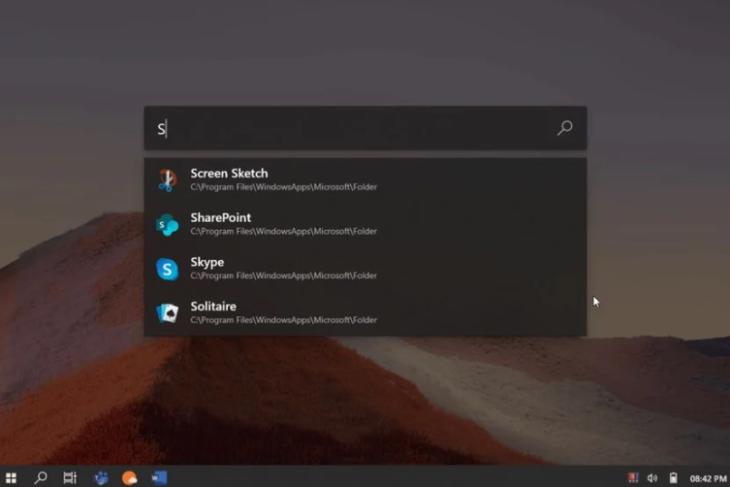 I’ve been both a macOS and Windows 10 user in the past couple of years. And one of the handiest features of macOS will definitely have to be Spotlight. It’s a system-wide search feature that lets you easily look for files, folder, settings, and more on your PC. Windows 10 is now rumored to be getting a similar feature in May later this year.

As per The Verge, Microsoft has been hard at work building a Spotlike-like launcher to replace the current Win + R shortcut. The latter offers limited functionality and power users nowadays want quick and easy access to files and features. The Win + R shortcut is also not truly accessible to casual users – who don’t know all of the commands.

The new launcher, however, will make it simpler for users to search for apps and files across Windows 10. It will live under PowerToys, which saw its revival earlier last year. The company recently renewed focus on this much-loved feature from the past and it may arrive as PowerLauncher, as per the PowerToys Github, to replace Win + R.

Microsoft will offer a modern Fluent Design UI, something close to the current search functionality already baked into Windows 10. But, it will certainly be flush with more features as compared to search. The company also plans to make it customizable with the use of plugins.

Further, Microsoft PowerToys lead Clint Rutkas shared a poll on Twitter earlier this week, asking users to help name the new launcher. There’s still a few hours to go and “PowerToys Run” seems to be in the lead, so go ahead and vote for your choice right here:

Help us name our Win+R project (we call launcher internally) for Power Toys. It can do more than just launch apps so trying to be sure we have a great, straight forward name that works for everyone

Note: The launcher image used above is only for representational purposes. It is a concept by UX designer Niels Laute. But, it would be amazing if PowerToys Launcher did look like that.

If recent reports are to be believed, then Microsoft will most likely release a public beta for PowerLauncher to Windows 10 testers in May 2020.