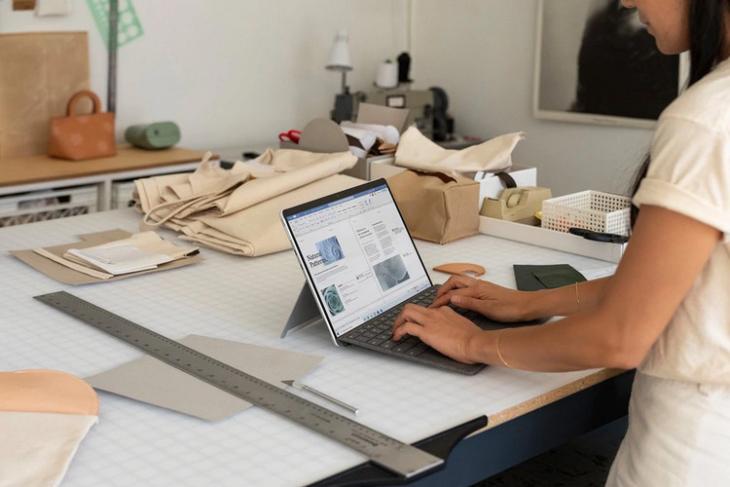 Microsoft is finally rolling out x64 emulation on Windows 10 on ARM. With the launch of the Surface Pro X earlier this year, the company first discussed its plan to bring x64 emulation to Windows PCs. Though it is available today, there’s still a catch. The x64 emulation is available only to Insiders in the Dev Channel.

“We’re releasing the first preview of x64 emulation for ARM64 devices to Windows Insiders in the Dev Channel starting with the Build 21277,” said Hari Pulapaka, the Partner Group Program Manager, Windows in the official blog post. What does this mean for users? Well, the x64 emulation will enable you to use 64-bit apps that aren’t compiled for Windows 10 for ARM devices.

This is a major step towards making ARM devices running Windows 10 a little more competent, especially when Apple has switched its MacBook lineup over to ARM with its in-house Apple M1 chip. Apple provides Rosetta 2 to make Intel apps accessible on the Mac. You can read how Rosetta 2 and Windows x64 emulation compare in our in-depth explainer right here.

“With developers increasingly supporting ARM64 apps natively, emulating x64 apps is an important step in our journey with Windows 10 on ARM,” added the blog post. Microsoft cites the example of productivity apps like Autodesk Sketchbook and games like Rocket League. It is now possible for you to run these x64 apps on your Windows 10 ARM computer with much ease. Your existing x32 apps, like Chrome, will switch over to 64-bit once you have installed the required software.

For those interested in testing out x64 emulation on your ARM-based PC, go ahead and install the latest Windows 10 Insider build. We currently have no information on when Microsoft plans to bring this to the stable channel.