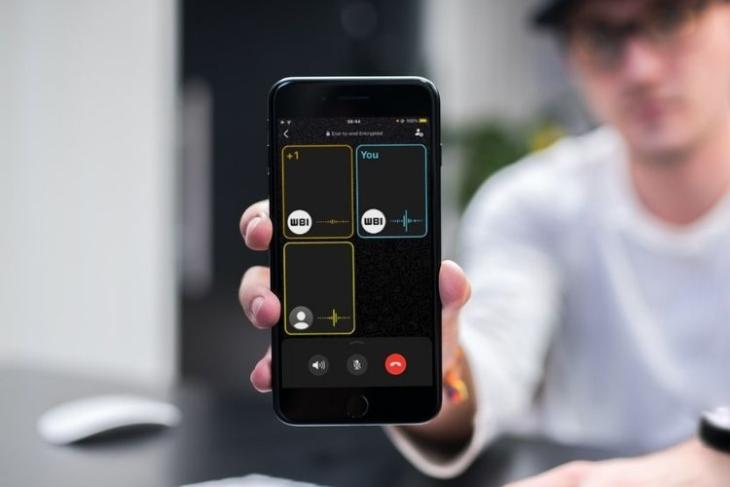 WhatsApp seems to be quite busy testing new features every now and then. As part of this routine, the Meta-owned messaging platform has now started testing another change, which will change the looks of the voice call UI. Here’s what it will look like.

A new report by WABetaInfo (a well-known provider of WhatsApp-related information) suggests that WhatsApp has started rolling out a new voice call UI for some Android and iOS beta testers as part of versions 2.22.5.4 and 22.5.0.70, respectively.

The new UI is specifically meant for group voice calls, which will now show real-time waveforms for each member of the group. This will come in handy as an indication for people to know who is talking and who is on mute, much like one can on popular video-calling platforms like Microsoft Teams and more.

It is further revealed that WhatsApp will introduce wallpapers to voice calls. However, the functionality can’t be edited as of now. It might be open to editing once it reaches the stable version.

The new voice call UI comes in addition to audio waveforms that were recently introduced for audio messages. It is part of another revamp for voice calls. For those who don’t know, WhatsApp introduced a new call screen UI last year, which showed each participant of the group whether or not they are offline. Plus, it also introduced joinable group calls, which allows people to join calls in the middle.

In addition, WhatsApp is also testing design changes for its Contact Info section and even the new camera UI, and we can’t help but think that this revamp might happen on a larger scale. It remains to be seen what WhatsApp plans to do.

There are a few more features WhatsApp is in the middle of testing such as new indicators to differentiate between forwarded voice notes audio files, indicators to show end-to-end encryption, emoji shortcuts for the web, and the list is long. We’ll let you know what all features make it to the general audience. Meanwhile, don’t forget to let us know your thoughts on the new voice call UI in the comments below!