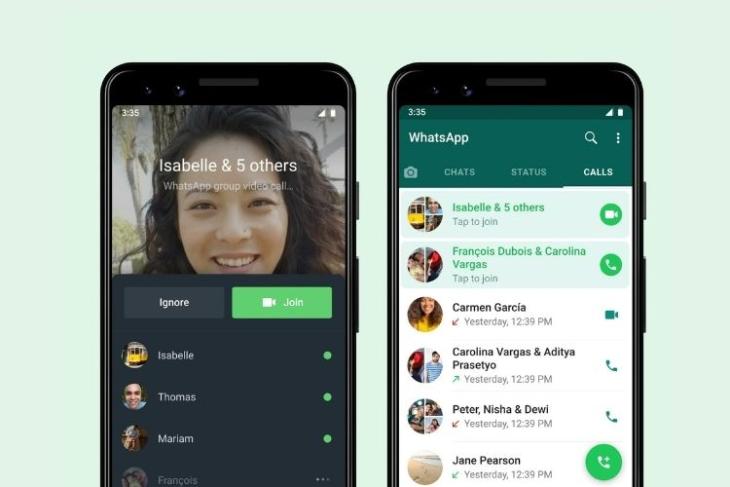 Before rolling out the multi-device support for beta testers last week, WhatsApp started testing a new “joinable” group call option in the WhatsApp beta for iOS. The said feature essentially lets users join a group video call even after it has already started and offers a new UI to view every participant in a group video call. The Facebook-owned messaging giant has now announced that it’s rolling out the joinable group calls feature.

WhatsApp announced the rollout of the “joinable calls” feature via an official blog post. As per the company, joinable calls “reduce the burden of answering a group call as it starts” and lets users join ongoing group calls on WhatsApp whenever they desire.

Moreover, users can go to the group chat window in which the call started to find a new “Join call” option. They can then tap the new button to join the call, without asking any other participant or group member to add them to the call.

Along with the new joinable calls, WhatsApp has also updated the call screen UI to show each participant of the group and whether they are on the call or offline, on a new call info pull-up tab. It looks similar to the call UI on Apple’s FaceTime app and lets users add more participants to an ongoing call, or notify those in the group who are inactive on the call.

How to Use Joinable Group Calls Feature in WhatsApp

We tested the feature on WhatsApp beta for Android (v2.21.15.9) and iOS (v2.21.140), as well as the stable build on iPhone. Although the feature is not yet live on the stable version, it worked fine on the beta builds of the app. You can check out the steps below to try it out yourself. 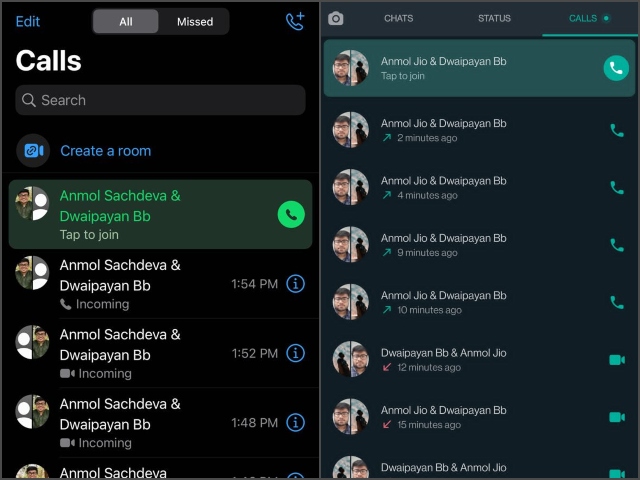 Note: During our testing, we also saw the “Tap to join” option as a system notification after completely ignoring the call on Android. On the iOS version, the new option only appeared in the Calls tab and the group chat window. 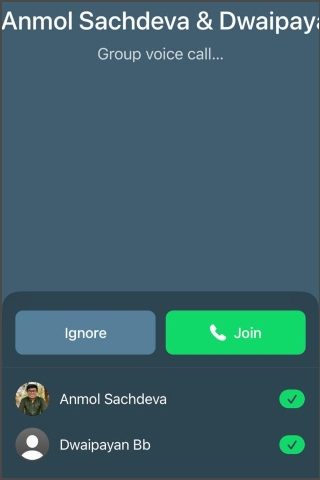 So, the new joinable group calls feature on WhatsApp is currently only available on the beta builds of the app on both iOS and Android. The feature as well as the new call info screen are not yet available on the stable version. However, as WhatsApp has already made the official announcement, we expect the feature to reach all users sooner rather than later.

What are your thoughts on this nifty new feature in WhatsApp? Do let us know in the comments section.