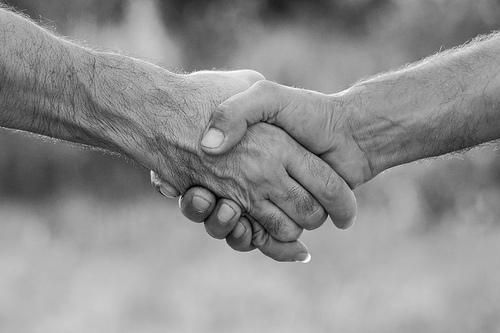 Journey of starting up a company and taking it to a reputed level is never easy, it requires a lot of Hard-work, Time, Energy and support of Team members.

But, sometimes this journey never gets completed because the person with whom you started the company decides to leave. These situations are fatal, when you are skilled in one field and your co-founder is in another field and only together you can operate, If one gives up, then it becomes very difficult for other to carry on.

I saw a similar question on Quora and response to this question was “Get a new co-founder”, which is totally inappropriate, as getting a new Co-Founder is nothing less that starting up once again.

Here’s what should be done in these situations ?

Don’t let him go until you are done with him. Your Co-Founder will leave for sure, but before he bids his final adieu to the company, ask him to complete his ongoing projects and also make him do every possible work that you gonna need in near future. This will give you more time to sit back and think.

Stop looking for a new Co-Founder rather look out for an employee with equal or better skills than that of your C0-Founder. This will make sure that in future if this person leaves the company, it won’t harm company’s reputation coz he is an employee and you will get a new one if he leaves.

Explore your Co-Founder’s field of interest and try to gain fundamental knowledge of what he was doing when he was there, coz now you have to keep an eye on what is happening in that area.

Your responsibility is now twice what you earlier had, don’t get overburdened rather Enjoy! Now you can take decisions without asking anyone else, make mistakes and learn, It is much like falling again and again before you start walking for the very first time.

Yes, it is difficult to build a startup with a single founder versus having two founders but an analogy that makes it much more simpler is that, “it’s possible to raise a child as a single parent, though it’s more challenging.”