Skip to content
Home What is What is Google Play Protect and How to Enable or Disable It?

Android has often got a bad rap for a perceived lack of security, but its proponents have always argued that the benefits of an open eco-system far outweigh the negatives. Whichever camp you are in, the fact still remains that we do need robust security for our connected devices, and with a view towards doing just that, Google recently rolled out a new feature called ‘Google Play Protect’ that was originally announced at the Google I/O event back in May. While there’s a lot of chatter around the subject on social media, online message boards and Android forums, not many are entirely sure about what it truly brings to the table and how it is likely to protect us from rogue developers. So in case you’re wondering about the new developments and what is means for the end-user, here’s what you need to know about Google Play Protect:

What is Google Play Protect?

Google Play Protect is a feature that is, essentially, an evolution of the company’s “Verify Apps” service that was rolled out to Android many years ago. The feature, which will be enabled by default on all Android devices, is meant to be a real-time malware scanner that will scan every installed or about-to-be installed app and inform users in case there’s something amiss. The search giant had announced Google Play Protect back at the Google I/O developer conference last May, but has only started rolling it out internationally this week to all Android devices running Google Play Services 11 or later. 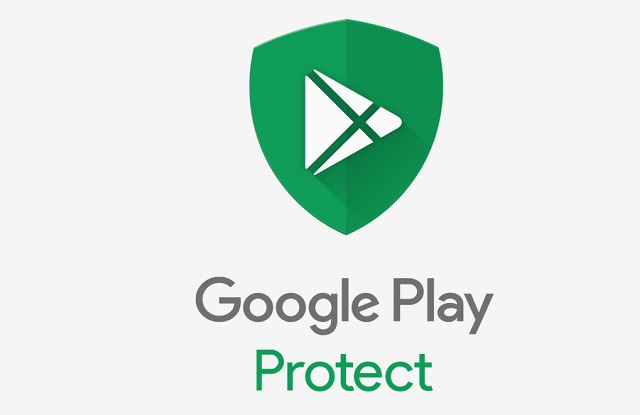 So as long as you’re not using a forked version of Android that doesn’t ship with Google Play Store, you should get it on your device pretty soon, if you haven’t already. All my colleagues that I checked with, have already got it on their respective devices and, so have I. In case you’re not sure whether your devices have already received the feature, here’s how you can check:

How To Check Whether You’ve Got Google Play Protect on Your Android Device? 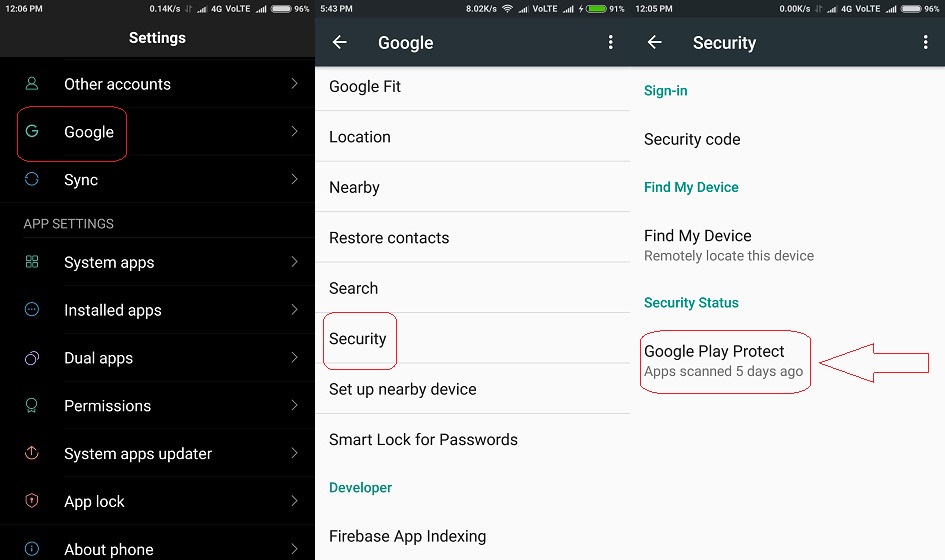 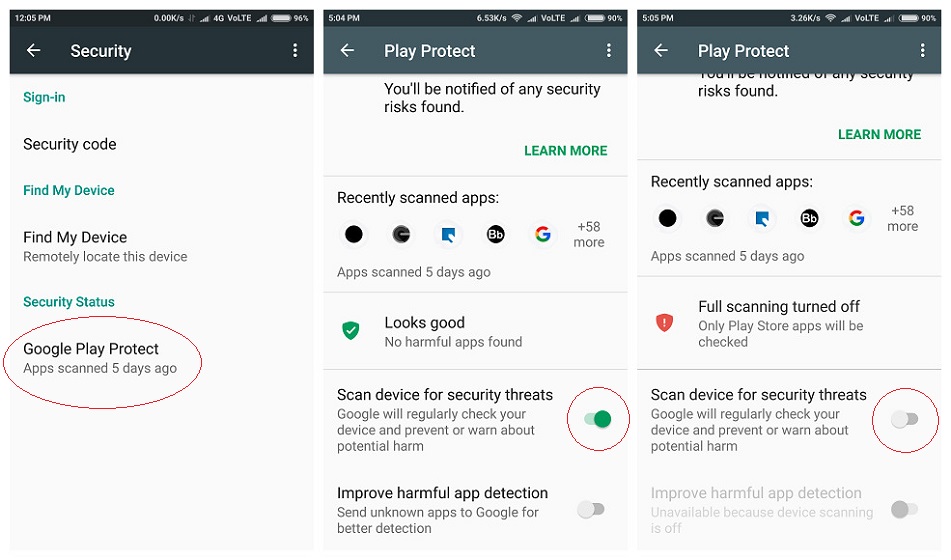 While the first option is enabled by default, you can enable the second option if you want to make sure that the apps you installed via third party sources are scanned for malware.

How Will Google Play Protect Keep Your Android Device Secure?

Google Play Protect is designed to scan for malware on the Google Play Store and on your device, but not on third-party websites and app stores that host Android apps. However, the service will still alert you if you were to install an app from a different app store that Google deems dangerous. You can check for the status of your installed apps by going over to the Google Play Protect option in the manner described above. There, you’ll get to see when the last scan was performed on your device, and you’ll also find a list of potentially-harmful apps, should your device happen to have any. 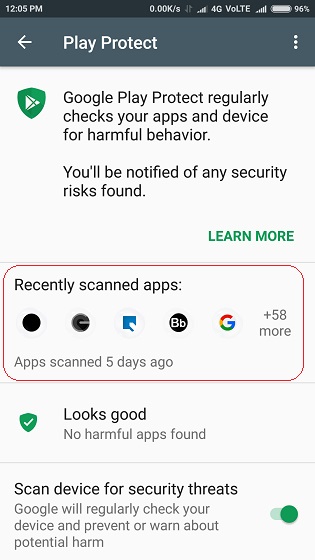 Once Google completes its full implementation of Play Protect the way it’s meant to be rolled out, you’ll also see verification badges on the Play Store listing page of each and every app. Once implemented, it will make it easier for users to get an understanding about the safety of each app before installing in on your phone. Google is also trying to make sure that rogue developers aren’t able to sneak in malware through future updates after receiving a clean chit the first time around, so at the top of your update list, you’ll also get a “No Problems Found” label if your downloads are deemed top be free of malware by the scanning algorithm.

The one debate that’s been raging all over the internet is whether Google Play Protect is a prelude to a tighter, stricter and more controlled environment that Google is trying to usher into the Android eco-system, much like what Apple does with iOS’s ‘walled garden’ approach. It’s difficult to say without a degree of speculation whether Google has any such plans for the future, but as of now, having Google Play Protect enabled on your device will not create any issues with third-party app stores, nor will it flag sideloaded apps and APK files downloaded from other websites as malware.

Are There Any Privacy Concerns With Google Play Protect?

This is yet another issue that many netizens and privacy advocates feel strongly about. Will Google gather information about the exact nature of apps installed on user’s devices in the garb of keeping them free from malware? As of now, Google already knows which particular apps are being downloaded through which Google account and to what devices. However, will that change in any way, shape or form with the introduction of this new feature? 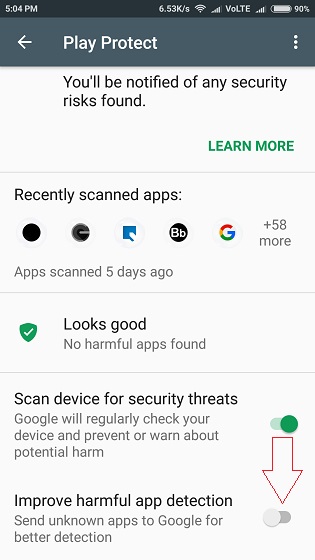 As can be seen from the image above, just below the Play Protect toggle, you have an option to share with Google, full information about “unknown apps”, which is Google-speak for non-Play Store downloads. The toggle is, thankfully, turned off by default, so unless you turn it on deliberately, it’s unlikely that the search giant will get a lot of data this way. However, can this thing still evolve into a giant privacy concern for Android users going forward? Sure, but it really will depend on Google’s policy on this matter in the months and years ahead.

SEE ALSO: How to Protect Your Android Device Against Malware

Can Google Play Protect Do What it’s Promising?

Google has long been blamed not taking Android security seriously enough, so for many, this is a welcome move and a definite step in the right direction. However, at least some observers and commentators are also expressing serious reservations about what they see as the search giant’s attempt to not only take away many of the freedoms that Android has traditionally been known for, but also as yet another attempt at gathering even more data about customer behavior. It’s difficult to say what the future holds, but it will certainly be a welcome step if Google can actually stick to its brief and cut down on the number of malicious apps on the Play Store without messing with the inherent freedom of Android in any way, shape or form.

So now that you know quite a bit about this new feature, do you think the Play Store will be a relatively safe place in the near future? Or do you think rogue developers will find other innovative ways of pushing through malware in spite of Google efforts? Do feel free to leave your opinions in the comments section below, because we love hearing from you.