Skip to content
Home Mobile iPhone What is Apple Lossless Audio and What Devices are Supported?

Ahead of the upcoming WWDC 2021 event, Apple recently announced that Lossless Audio and Dolby Atmos support is coming to Apple Music. It will be available as part of the iOS 14.6 update sometime in June later this year. Now, if curiosity has led you to ask what is Apple Lossless Audio, we have got you covered with this detailed guide. We will also discuss what is Dolby Atmos, Spatial Audio, and which devices support Apple Music Lossless.

Apple has bet big on Lossless Audio and Dolby Atmos to make its music streaming app, Apple Music, a top-notch pick for music listeners. Especially the ones who are always hunting for the best tracks in terms of sound quality. But has the company checked off all the bases? More importantly, will your fancy pair of headphones or AirPods support Apple Lossless Audio? Only a deep dive can help find out the right answers. So, let’s get right into it!

What is Apple Lossless Audio?

To get a good hang of lossless audio, it would be apt to first understand what is “Lossy Audio”.

While converting audio into a digital file format, sound engineers need to compress the audio in order to reduce the file size. At the time of compression, frequencies at the lowest and highest ends can be lost, which results in the Lossy Audio. That means you do not get the complete studio-like experience with lossy audio. There are several lossy formats such as MP3, MP4, WMA, and AAC.

However, if the frequencies and bitrate remain intact even after the compression, and the digital copy is identical to the original audio, we call it Lossless Audio. The lossless popular audio formats are – AIFF, FLAC, and WAV files.

Apple Lossless Audio Codec is a compressed audio format but it does not sacrifice sound quality, which remains the same as the original recording.

To be more precise, Lossless Audio is a file format that compresses audio without sacrificing the original quality of the recording. It takes advantage of compression algorithms to preserve the audio quality, including the texture and detail, by constricting silences to almost zero space. As the name implies, it is aimed at delivering the music experience as intended by the artist. Apple’s Lossless Audio format is called Apple Lossless Audio Codec (ALAC).

Apple has confirmed that the Lossless Audio on ‌Apple Music‌ can be listened to on the following devices:

Note: Apple Music for Android will also support Apple Lossless Audio when it goes live in June, as per reports. But bear in mind that Apple Music will lack Dolby Atmos and Spatial Audio support on Android.

Unfortunately, there are quite a few notable devices that don’t support Apple Lossless Audio. They are:

In what could seem like adding insult to injury to many Apple device owners, Android phones equipped with headphone jacks appear to be the better way to listen to Apple Music’s lossless audio tracks. You merely need a DAC and compatible in-ear monitors/ headphones to fully enjoy lossless audio tracks on Android.

Note: Apple has confirmed that Lossless Audio support is coming to the HomePod with a future update. So, you might not have to wait a little longer to stream lossless music on your smart speaker. 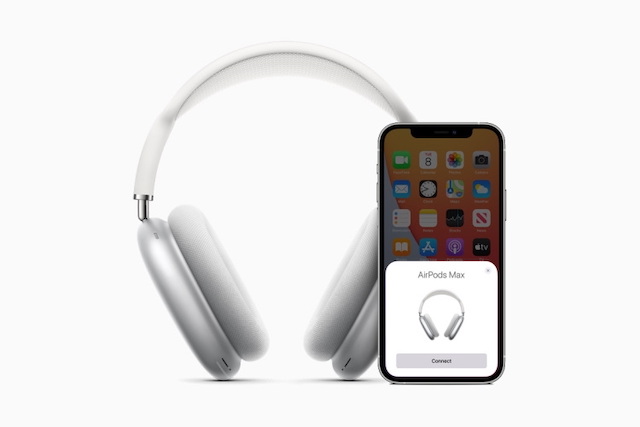 Worse, you won’t be able to get the full lossless audio experience even when you use a physical cable to plug in your $549 AirPods Max into supported devices. If you didn’t know, AirPods Max can be used in a wired state using a Lightning to 3.5mm dongle. Why don’t these headphones support lossless audio, though?

On an official support page, Apple says that “AirPods Max can be connected to devices playing Lossless and Hi-Res Lossless recordings with exceptional audio quality. However, given the analog to digital conversion in the cable, the playback will not be completely lossless.”  When you stream 24-bit/ 48kHz audio from Apple Music to the AirPods Max, the audio is first converted to analog and then back to the digital format. That means audio streamed via AirPods Max in the wired state does not remain fully lossless.

The story is similar for HomePod and HomePod mini. Though Apple’s smart speakers use AirPlay instead of Bluetooth to connect to devices, they can’t benefit from Apple Music’s higher bitrate audio format.

AirPods are designed to stream music using the Advanced Audio Coding (AAC) standard that maxes out at 320 kbps. To enable AirPods to support lossless audio, Apple must come with its own proprietary codec like Sony’s LDAC developed to play music at a higher bitrate over Bluetooth.

Bear in mind that you will need a digital-to-analog converter or DAC to support Hi-Res Lossless audio playback on your device.

How Many Lossless Audio Songs Are Available on Apple Music?

How Much Does Apple Music Lossless Audio Cost?

Well, the straightforward answer to this question is zero dollars! Apple clearly stated that the Lossless Audio support is available with your existing Apple Music subscription at no extra cost. So it doesn’t matter whether you have an individual or a family plan, you will have unlimited access to Apple Music Lossless Audio for free.

Is Apple Lossless Audio for Everyone? 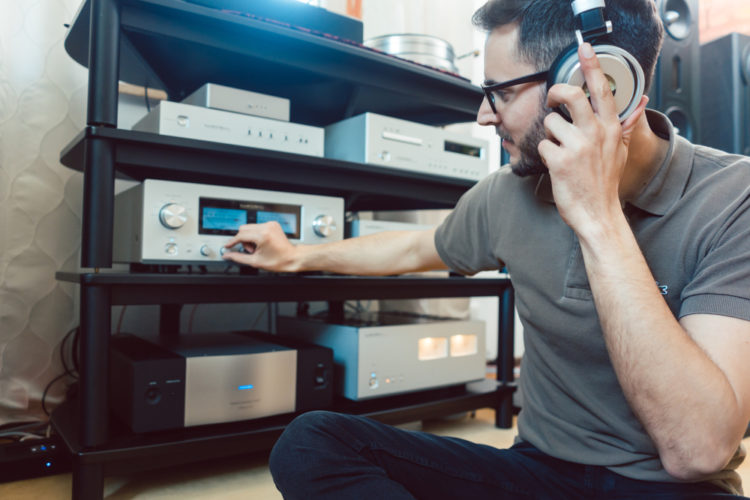 No, obviously not. There is nothing new about lossless audio as it has been around for ages, with streaming services like Tidal and Amazon Music HD offering users access to it at a premium. Besides, it has been supported via the Apple Music app for macOS and iTunes for a long time.

The real bone of contention is whether you can hear the difference between lossy audio and uncompressed lossless audio files. Well, at least those who listen to music just for the sake of listening or fun won’t notice a huge difference. On top of everything, you also have to take into account the quality of the audio hardware, especially if you want to relish lossless audio as the artists recorded them in the studio. Budget or cheap devices can’t deliver the same experience.

We don’t think Apple Lossless Audio is a must for everyone. However, you could get a pair of budget in-ear monitors or studio headphones to get a taste of lossless audio. If you like what you hear, and notice a difference, you should invest in costlier hardware. Of course, if you are an audiophile with a rich taste in music, you would welcome this addition with open arms.

When Will Apple Music Get Lossless Audio Support?

What is Dolby Atmos Music? 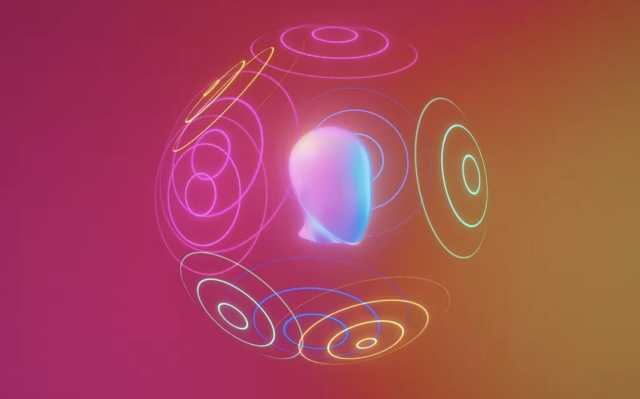 Dolby Atmos is an audio format designed to deliver an immersive music experience. Thanks to the ability to use Spatial Audio, it adds more clarity and depth to the music. Dolby Atmos support in Apple Music will make you feel like you are listening to a live performance with many speakers all around you.

On the flip side, Dolby Atmos allows music producers to mix tracks so that it can sound like the music is all around you. Instead of using two channels, a producer can separate all the instruments on distinct channels and move them around to create a 3D audio space. It will offer a transformative experience to Apple Music users.

Since the Dolby Atmos implementation is sound-only and does not involve head tracking, you can listen to tracks that support Dolby Atmos on any headphones. You simply need to enable the Dolby Atmos setting in Apple Music on your iPhone, iPad, Mac, or Apple TV. 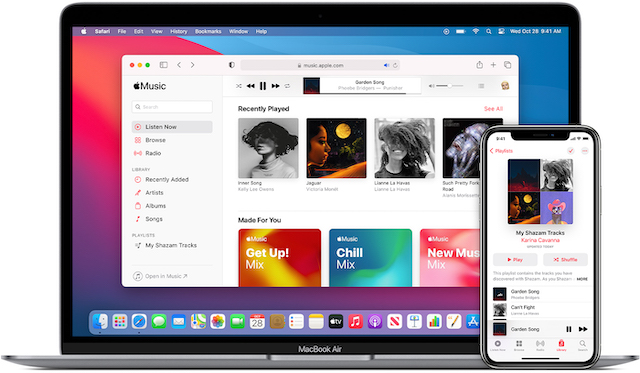 You can also take advantage of the built-in speakers on the following devices to listen to Dolby Atmos-supported tracks:

How to Enable Dolby Atmos in Apple Music?

What if your headphones don’t come with W1/ H1 chip can you still listen to Dolby Atmos tracks? Yes, you can. However, you will have to enable the option by going to Settings -> Music -> Audio -> Dolby Atmos on your device.

How Many Tracks Support Dolby Atmos on Apple Music?

Though Apple has not yet given the exact number of tracks that will support Dolby Atmos on Apple Music, the Cupertino giant has mentioned that “thousands of Dolby Atmos tracks” (if not millions) will be available when the feature arrives in June. What’s more, Apple has also said that it will regularly add all-new Dolby Atmos tracks to Apple Music.

How to Identify Dolby Atmos Tracks on Apple Music?

Apple will mark albums with a “Dolby Atmos” badge in Apple Music. This will make it easier for you to know if a track of your liking supports Dolby Atmos. The Cupertino giant will also create dedicated Dolby Atmos playlists to let you discover music across multiple genres.

Do You Have to Pay for Dolby Atmos Tracks on Apple Music?

When Will Dolby Atmos Support Arrive on Apple Music?

Though Apple is yet to offer a specific date, Dolby Atmos is likely to arrive on Apple Music sometime in June.

So, that’s all you need to know about Apple Lossless Audio and Dolby Atmos support set to arrive on Apple Music in June. Hopefully, you have got the answers to all your questions about this audio-quality upgrade. Still, if you have any questions, feel free to shoot them in the comments section below. Besides, let us know whether or not these features will help Apple surpass its arch-nemesis Spotify, which is by far the most popular music-streaming service.