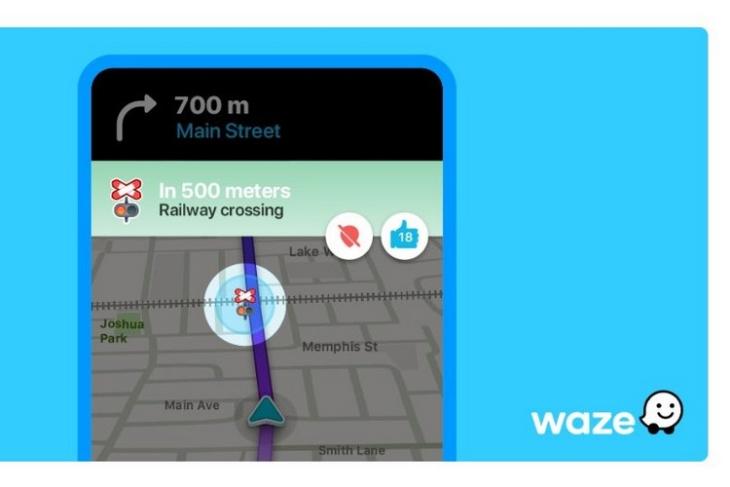 We all know that Google’s own “Maps” is one of the most popular navigation apps out there in the market. However, another similar app owned by the Mountain View-based tech giant is also a pretty great performer in the market. In case you’re wondering, I am talking about “Waze” (ranked #3 in our “Best Navigation apps for iPhones” list). The crowd-sourced turn-by-turn navigation app has many useful features for the drivers’ convenience and safety. Now, the developers have added another cool feature to the app which is exclusive to “Waze”.

Now, according to a recent announcement by the developers, “Waze” will now show dedicated alerts to drivers when they start approaching a railroad crossing. It is a first-of-its-kind feature that is currently only available for Waze users.

The announcement recently came from the developers via a tweet (below). According to Waze developers, the railroad alert feature is  “unique to Waze and puts drivers’ safety first, helping them return to the roads by highlighting the potential risks associated with driving over railroad crossings.”

Now on Waze you can get alerts for where the railroad crossing is … before you're crossing the railroad ⚠️ pic.twitter.com/xzDheXVtZf

The decision to add this feature comes after concerns of the US Senate and the US National Highway Traffic Administration (NHTSA) about the increasing accidents on various railroads across the country. So, the developers added the feature to reduce this number and alert the drivers before they arrive at a railroad crossing.

Now, as the developers built this feature by working with several major railway operators around the world and many “Waze” volunteers and map editors. So, the feature is available for all the “Waze” users worldwide.