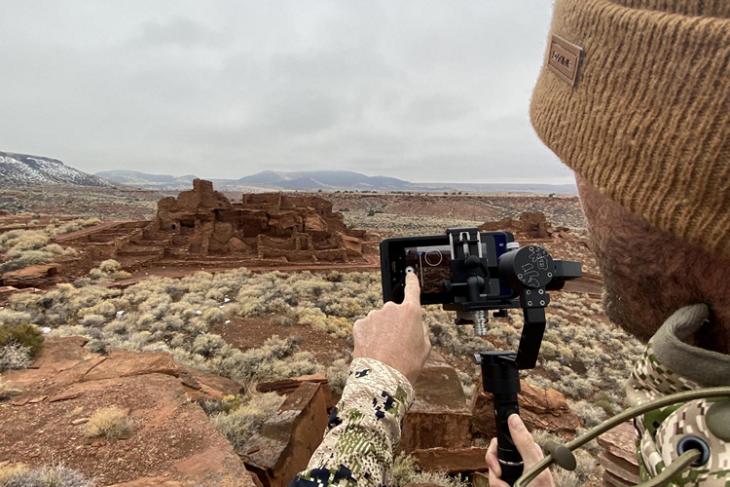 Qualcomm announced its flagship chipset – the Snapdragon 865 last December at the Snapdragon Tech Summit 2019 held in Hawaii. The company has recently shared the first 8K video shot on their prototype Snapdragon 865 smartphone and I’ve got to admit, it looks magnificent.

“Smartphones with Qualcomm Snapdragon 865 can capture professional image quality, and will pack exciting new camera features including 8K video capture. 8K video is loaded with 33-megapixels per frame — so it’s big, sharp, and can be shared in its full glory on YouTube.”, says Qualcomm.

The video was shot using Sony’s IMX586 sensor in Arizona last November. Yes, Qualcomm had shot this video before it even announced the chipset. The natural sceneries covered in the video include the Grand Canyon, Horseshoe Bend, and the Petroglyphs near Antelope Canyon.

Qualcomm credits its new Spectra 480 Image Signal Processor (ISP) present in the Snapdragon 865 for making this possible. In case you’re out of the loop, the Spectra 480 ISP processes images and videos at a blazingly fast 2 Gigapixels per second. It supports up to 200MP and enables various features including unlimited HD 960fps slo-mo video recording, 8K video recording, 4K HDR, and more.

If you’re interested to learn more about the technicalities of the Snapdragon 865 chipset, do not forget to check out our article on the same here.

Now that we will soon witness smartphone brands offer 8K video capturing in smartphones, will you consider using them or are you better off with 1080p or 4K footages to save storage space? Let us know in the comments.