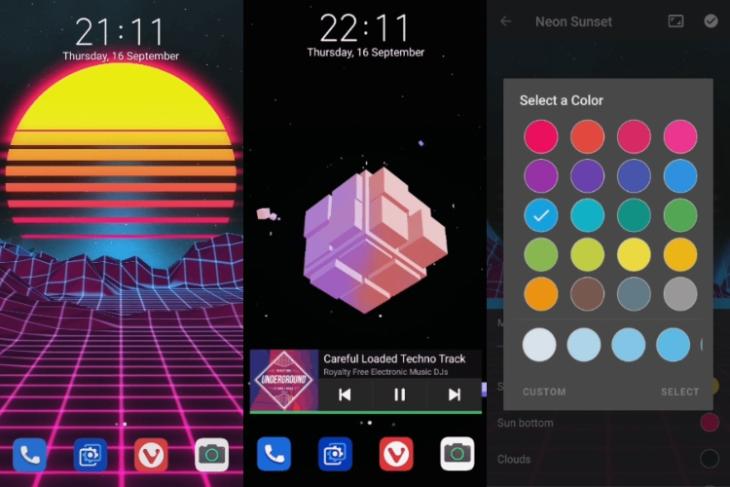 If you are into customization and live wallpapers apps for your Windows PC, chances are you know about the popular live wallpaper app called Wallpaper Engine. It is one of the top dynamic wallpaper apps that you can get for your Windows machine and is pretty popular on Steam. So, if you have used Wallpaper Engine on Windows and loved it, you would be glad to know that an Android version of the app is coming soon.

The developer of the same name recently announced the Android version of Wallpaper Engine on its official Steam page. The company also shared a sneak peek of the app running on an Android device as part of its latest 1.7 patch report.

So, users who currently use Wallpaper Engine on their Windows devices will be able to wirelessly transfer their creations to a compatible Android smartphone or tablet over a Wi-Fi network. Although users will not be able to access their Workshop on the Android version, the Windows version will act as a hub for the already-created wallpapers.

As per the teaser screen recordings (one of them attached above), the Wallpaper Engine Android app will offer various dynamic wallpapers and customization features. Plus, they will be able to create a wallpaper playlist, set FPS limits for the wallpapers, and import local videos and GIFs directly into the app to convert them into beautiful dynamic wallpapers.

The wallpapers you create in the Wallpaper Engine editor on Windows will be first converted into a mobile-compatible format before they are sent to your Android smartphone. And for those worrying about the battery life of their devices, the Android app will let you configure battery-saving features as well.

The company says that developing the Android version of the Wallpaper Engine app has been a challenge for the team. But, it wanted to cater to the huge user-base of Android, so it was the most rational platform for expanding app support.

Now, coming to the availability, the company says that Wallpaper Engine for Android is already in its stable phase. However, the devs will conduct a few final tests before publicly releasing the app on Android. So, as per the developers, the app should be available on the Google Play Store and other third-party app stores sometime in late October or early November.

How to Get macOS Dynamic Wallpaper on Windows 10

How to Use Wallpaper Engine for Live Wallpapers on Android