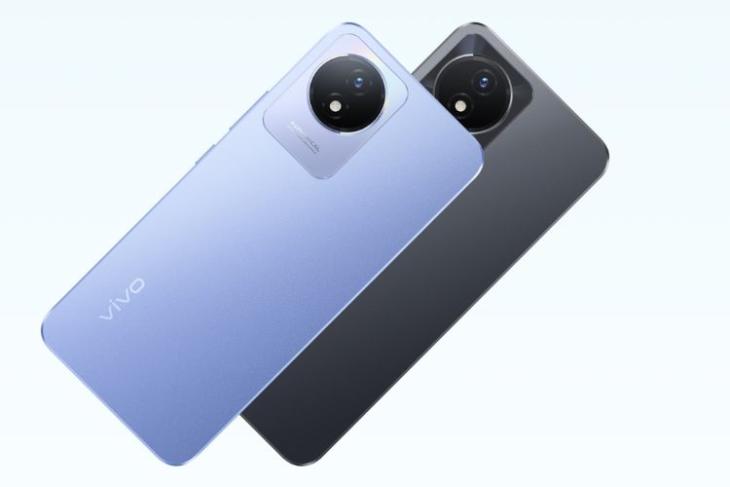 Vivo has a new member as part of its budget Y smartphone series in India. The new Vivo Y02 has made its entry with Android 12 Go Edition, which is a version of Android meant for low-budget smartphones. Read on to know what features and specs the phone possesses.

The Vivo Y02 gets a flat-edge design with a 2.5D unibody and a thickness of 8.2mm. It has a massive camera housing at the back, which looks rather hideous, and a waterdrop notch at the front. The phone comes in Orchid Blue and Cosmic Grey colorways. It is said to be resistant to scratches and fingerprints.

The device features a 6.51-inch Halo FullView LCD IPS display with an HD+ screen resolution and a blue light filter. Under the hood, there’s an octa-core SoC, presumably the MediaTek Helio P22. It comes with 3GB of RAM and 32GB of storage, which can be expanded by up to 1TB via a memory card.

The YO2 is home to an 8MP rear camera and a 5MP selfie shooter. There’s support for camera features like Face Beauty, Time-lapse, in-built Bokeh effect, and more. It is backed by a 5,000mAh battery with 10W charging and runs FunTouch OS based on Android 12 Go.

Additional details include dual-SIM card support, Bluetooth version 5.0, dual-band Wi-Fi, GPS, OTG, and more. It sadly supports micro-USB, which appears too obsolete for now and especially when USB-C might soon become a standard in India.

The Vivo Y02 comes in a single configuration and is priced at Rs 8,999. It rivals the recently launched Infinix Hot 20 Play, the Redmi A1+, and more in India.

The phone can be purchased via the company’s website but there’s no word on its availability in offline stores.