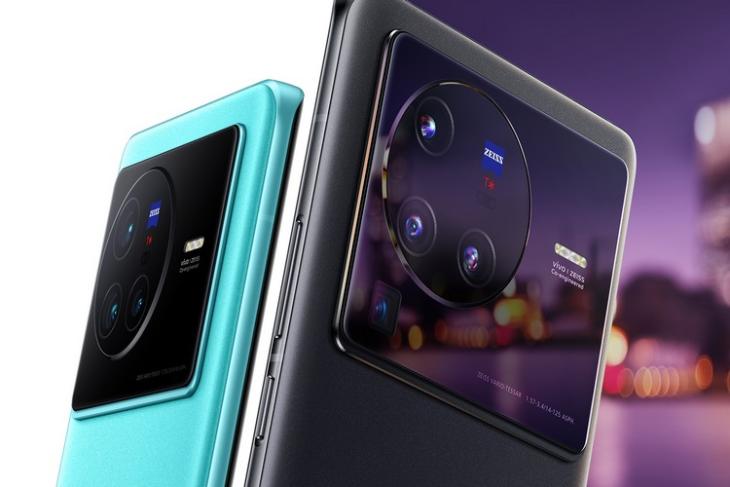 Following the launch of its flagship-grade Vivo X80 series in China late last month, Vivo has now launched the Vivo X80 Pro and vanilla Vivo X80 in the global market. The devices come with high-end Snapdragon and MediaTek processors, 120Hz LTPO AMOLED displays, ZEISS cameras, and more flagship-grade specs. So, let’s take a look at the details below.

The Vivo X80 series, including the Snapdragon 8 Gen 1-powered X80 Pro and the Dimensity 9000-powered X80 has been launched in the Malaysian market. The phones fall in the premium range and come in a single RAM+storage variant.

Now, coming to the key specs and features of the Vivo X80 and X80 Pro, they come with a similar design language and a circular camera module fitted inside a rectangular slab at the back. Both devices feature a 6.78-inch Samsung-made LTPO AMOLED display with support for a 120Hz refresh rate. While the Pro model features a QHD panel with a maximum of 2K resolution, the standard model comes with a Full HD+ screen.

Both the Vivo X80 Pro and the X80 have a top-center punch-hole 32MP selfie shooter at the front. At the back, however, the Vivo X80 Pro features a quad-camera setup, including a 50MP Samsung GNV sensor with OIS, a 48MP ultra-wide lens, a 12MP depth sensor, and an 8MP periscope lens with OIS. Furthermore, the device has the company’s V1 + ISP tech to reduce noise and enhance the photography experience using AI-backed features.

On the standard X80, however, there is a triple rear camera setup, including a primary 50MP Sony IMX866 RGB lens with OIS (which is a first for a smartphone), a 12MP ultra-wide lens, and a 12MP depth sensor for portrait shots. Furthermore, the camera setups on both the X80 Pro and the X80 are backed by Zeiss technologies, including Zeiss T*coating, Zeiss Cinematic Bokeh, Zeiss Natural Color 2.0, a micro-gimbal mode, and more such features.

Other than these, the Vivo X80 devices support 5G networks, the latest Wi-Fi 6 and up to Bluetooth 5.3 technologies, and NFC. Both the models run FunTouch OS 12 based on Android 12. The smartphones come with stereo speakers, in-display fingerprint sensors, VC liquid cooling systems, and more.

Now, it is worth mentioning that it is currently not confirmed whether or not the company will bring the devices to other markets such as India in the coming days. We’d suggest you stay tuned for further updates, and let us know your thoughts in the comments below.