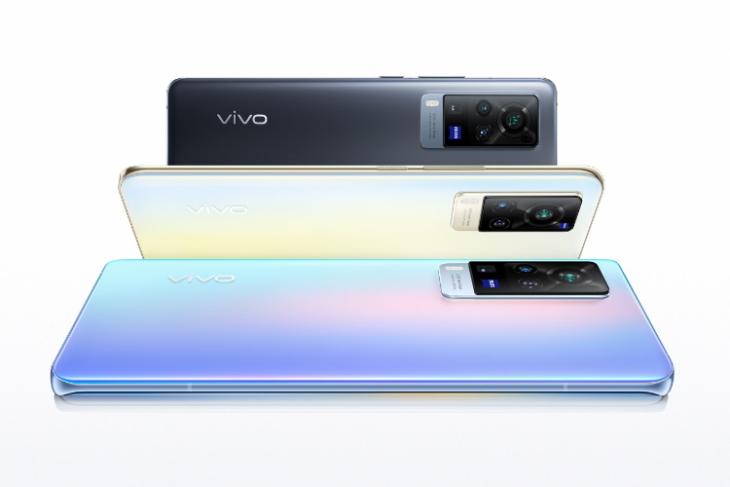 Vivo has been teasing the arrival of its upcoming Vivo X60 series over the past couple of weeks. The Chinese giant had confirmed that Samsung’s new Exynos 1080 chipset will power the phones. It also announced a co-engineering partnership with Zeiss to further offer some amazing camera tech.

And today, the company has taken to Weibo to confirm the launch date for its newest X-series offerings. The Vivo X60 will be unveiled on 29th December, as you can see in the teaser poster attached below. We expect the company to launch three new phones – the Vivo X60, X60 Pro, and the X60 Pro+ in China. They will serve as successors to the X50 series from earlier this year.

Vivo has also set up a dedicated landing page, teasing some of the key features of the upcoming Vivo X60 series. This includes Zeiss cameras, Exynos 1080 SoC under the hood, and OriginOS on top to name a few. 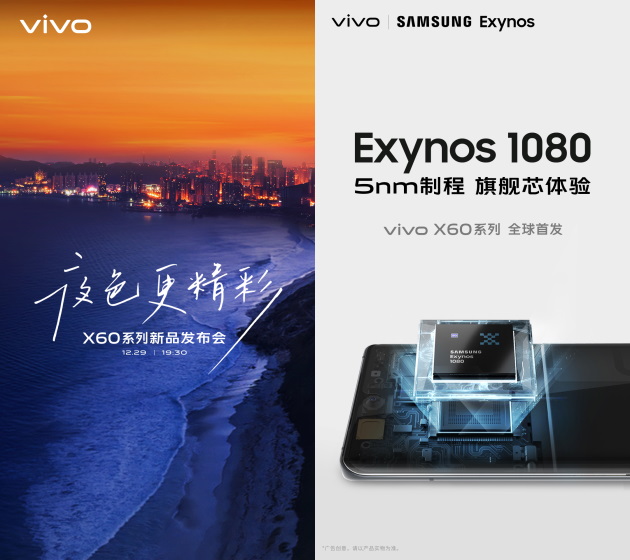 The core specifications for the Vivo X60 and X60 Pro have already leaked online. We are already aware that these two smartphones will be the first in the world to be powered by the 5nm-based Exynos 1080 chipset. You will also find up to 8GB of RAM and 256GB of built-in storage onboard. The devices will run Android 11-based OriginOS (an upgrade over Vivo’s existing FunTouchOS skin) that was announced just recently.

Both the models are said to feature a 6.55-inch Full-HD+ AMOLED display with a 120Hz refresh rate and a punch-hole selfie camera. The only difference here is that the X60 will include a flat display while the X60 Pro will have curved edges. The former is also said to feature a 4,300mAh battery as opposed to the slightly smaller 4,200mAh battery on the Pro variant. Both phones will be equipped with 33W fast-charging support.

On the other hand, Vivo X60 Pro+ still remains shrouded in mystery but is expected to boast a Snapdragon 888 SoC under the hood. It is possible that Vivo may only show off the X60 Pro+ at the event and officially launch it at a later date. So yeah, stay tuned for more information.